Season 4 of Mr. Robot is going to be a barn burner. In many ways, the show is returning to its roots that made the series such a huge success for USA Network.

My top pick for watching Mr. Robot Season 4 is through Hulu with Live TV. It carries USA Network in its 65+ channel lineup and has 50 hours of Cloud DVR.

Not into Hulu? I’ll go over all your cord cutting and streaming options below.

Now that Elliot (played by Rami Malek) and his fellow hackers head into their final season, there’s going to be a lot of drama and a lot of talk about it.

You don’t want to be alone at the water cooler not knowing the significance of the “Five/Nine hack” and its aftermath on the economy. Nor do you want to have no opinion on the fsociety.

This guide will quickly show you how to stream Mr. Robot Season 4 live as episodes roll out on USA Network.

Just so you’re warned, show creator Sam Esmail has already warned fans to watch it live because of “BIG spoilers” that will happen right away.

When does Mr. Robot Season 4 begin? 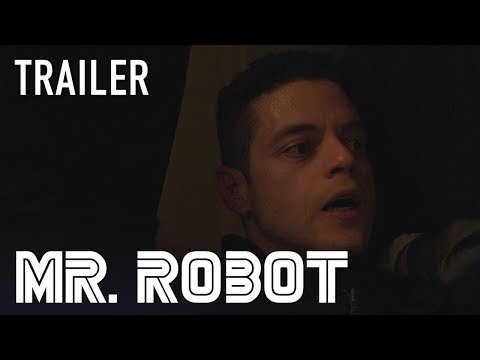 How to Watch Season 1 through Season 3 of Mr. Robot

Need to catch up on the first three seasons of Mr. Robot? Just head over to your Amazon Prime Video app and start streaming every episode of Season 1, Season 2 and Season 3.

Amazon acquired the streaming rights to Mr. Robot early on. So if you have an Amazon Prime account, then you can easily start binge watching before Season 4 airs. If you don’t have Amazon Prime, get a 30-day free trial

and you might be able to cram in all the episodes before your free month expires.

Is Mr. Robot on Netflix?

No. The Los Angeles Times reported that Amazon snagged the exclusive subscription video-on-demand rights to Mr. Robot, out maneuvering Netflix and Hulu. So, if you don’t have Amazon Prime, now might be a good time to try it out and take advantage of the free two-day shipping and Amazon Music.

Hulu with Live TV is my top pick for watching Season 4 of Mr. Robot because if you already use Hulu for on-demand shows and movies, adding live TV will be the best deal for you. Subscribers to Hulu with Live TV get full access to the on-demand library for no additional cost.

A subscription costs $44.99 per month. A&E, ESPN, FOX, HGTV and USA Network are all part of the channel lineup.

You’ll get 50 hours of Cloud DVR to record all new episodes of Mr. Robot or whatever else you want to watch. And you can use your Hulu Live subscription to activate 41 networks such as A&E and ESPN. You can look over what local channels and regional sports networks are offered in your are before you decide whether to sign up.

Subscribers get 20 hours of Cloud DVR for recordings, and on-demand content from its channel lineup.

AT&T TV Now also has its exclusive channel, Audience, which is now streaming a full season of Mr. Mercedes, based on the Stephen King novel. This streaming service works on Roku, Amazon Fire TV and Apple TV.

You can try AT&T TV Now free for a week and simply cancel online if you decide the service isn’t for you.

fuboTV is a reliable way to watch the season finale of Mr. Robot and even record it with Cloud DVR.

With the Fubo basic subscription, you will get 100+ channels which includes USA Network. A subscription costs $54.99 per month.

fuboTV is ideal for sports fans who want NFL Network, beIN Sports, Pac-12 Network, A&E and Viceland. So you can get your fill of shows like Live P.D. and still watch plenty of college and NFL football.

So you won’t miss any of the upcoming misadventures of fsociety and Elliot through Season 4.

If you’re interested in TV Everywhere apps, fuboTV supports roughly 40 networks. Read my review of fuboTV if you want to investigate their platform any further.

Look over what local and regional sports channels you can get with fuboTV, or get a free 7-day trial.

A live feed of USA Network is available on the Sling Blue subscription, which gives you 43+ channels for $30 per month.

Sling Blue subscribers also get AMC, Bravo, FOX and FX. You don’t get channels like ESPN, which is offered on the less expensive Sling Orange bundle. But you can have up to three live streams going at the same time.

Sling TV offers cloud DVR service, which costs an extra $5 per month for 50 hours of space. Subscribers get access to about 18 TV Everywhere apps and websites like USA NOW, FOX NOW, FX NOW and Bravo. A Sling TV subscription can be streamed for a PC or major streaming devices like Roku, Android TV and Fire TV devices and streaming sticks.

Sling TV also has a free 7-day trial if you just want to see what it’s like to use a live stream to watch Mr. Robot.

YouTube TV is a significant player in the live streaming game. It’s available nationwide and can be used with a Chromecast, Roku, Amazon Fire TV, NVIDIA Shield and Apple TV.

You can also watch Mr. Robot online through a desktop browser.

YouTube TV has unlimited Cloud DVR option so you can record episodes of Mr. Robot if you can’t watch the show live. Subscribers get roughly 75+ live channels for $50 per month.

I’ve been impressed with its channel offerings and performance. YouTube TV has a free trial for new customers.

You have a lot of choices to stream Mr. Robot live without a cable TV or satellite subscription. So let me narrow down a few of the best options.

Hulu with Live TV has 65+ live TV channels and full access to its on-demand library for $44.99 per month. That’s the same on-demand library that people pay $5.99 and up for. So you’re really getting two streaming services for the price of one. You’ll get 50 hours of Cloud DVR. You can look over the channel lineup before you sign up.

fuboTV may be a better choice if you’re interested in getting sports channels like NFL Network along with USA Network, TNT, FS1, CBS Sports Network and Big Ten Network and Fox Sports. fuboTV has 100+ channels, 30 hours of Cloud DVR. And you can activate about 40 apps on a Roku, Fire TV and Apple TV. fuboTV has a free 7-day trial.

Sling TV may be a better deal if you were considering a longer term subscription and wanted to keep your monthly rate at $30 per month. You can sign up for a free 7-day trial.