This guide outlines how you can watch ESPN’s 30 for 30 on a TV, a web browser or streaming device such as a Roku or Google Chromecast.

The full library of ESPN’s documentary series 30 for 30 is now on ESPN+. The streaming service costs $9.99 per month and works within the ESPN app. You can also find a few episodes of 30 for 30 on Disney+.

The best way to watch ESPN’s documentary series 30 for 30 is through ESPN+.

It’s the cheapest option at $9.99 per month. And 30 for 30 episodes are beginning to premiere exclusively on ESPN+ instead of the cable TV.

You can expect more premieres and originals in 2022. The good news is that ESPN+ costs about the same as a movie rental, but you get a lot more than a single movie.

It upgrades your existing ESPN app with hundreds of live college football, NCAA basketball, NFL and MLB games. There are original shows such as Peyton’s Places and Stephen A’s World. And it’s your portal for when you want to watch a UFC fight that’s designated as a pay-per-view event.

Once you sign up for ESPN+ online, you just need to head over to the ESPN app and enter your account information.

You do have more than one option for streaming 30 for 30 episodes without a cable TV subscription.

If you’re already subscribing to Hulu or Disney+, then adding ESPN+ through a Disney bundle saves you some cash.

How the series started

The concept behind 30 for 30 spawned from ESPN celebrating its 30th anniversary in 2009.

The series started by focusing on notable sporting events that happened between 1979 and 2009. The other “30” in the series noted these were 30 films from Hollywood’s most notable directors and producers.

John Singleton, Spike Jones and Peter Berg are just a few of the recognizable directors who participated early on.

30 for 30 grew in popularity for its sometimes dark and gritty look into life of professional and college sports. “O.J.: Made In America” is seen as a definitive work on covering the storied football stars career, and his free fall after his first-degree murder trial. The five-part series won an Academy Award for Best Documentary.

Jump down to the 30 for 30 episode list for a sampling of what’s on ESPN+.

The ESPN app is on Amazon Fire TV, Apple TV, Roku, Google Chromecast with Google TV and Smart TVs that have an ESPN app. Follow these steps to start streaming 30 for 30 episodes within the ESPN app.

You can also watch ESPN+ on a PC, iPhone and tablet by signing into your account.

What else is on ESPN+?

ESPN+ is a streaming service that focuses on live sports such as UFC, MLB, NHL and original shows.

It’s not a replacement for ESPN, ESPN2 or any of its sibling networks that you can find on a traditional cable TV or satellite TV package. But it does offer a cheaper alternative borne out of the streaming and cord-cutting era. 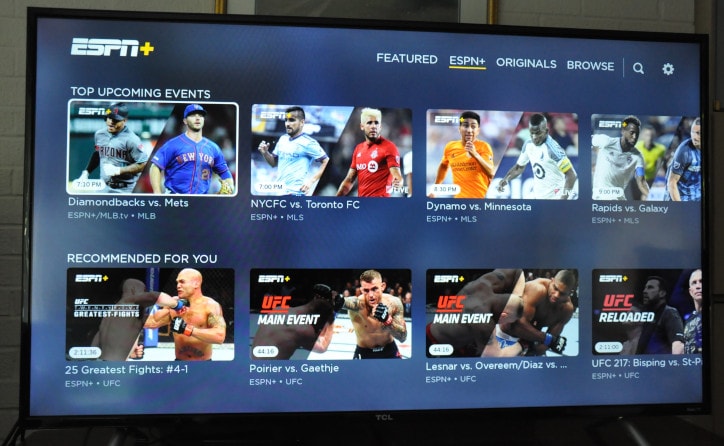 ESPN+ is the best place to watch 30 for 30 episodes — whether it’s on your TV or online using a PC or smartphone. A subscription to ESPN+ is super cheap at $9.99 per month, and it’s easy to sign up.

New episodes of 30 for 30 are starting to premiere on ESPN+. If they don’t, then you will see them on ESPN+ pretty quickly after that — most of the time in a matter of hours.

You can scroll down through the summary of originals shows and live sports covered by ESPN+ before signing up.

Just about any streaming device or smartphone can be used to watch 30 for 30 episodes through ESPN+. That includes a smartphone, Roku, Amazon Fire TV, Apple TV, Android TV, PCs and even game consoles.

The Disney Bundle includes ESPN+, Disney+ and Hulu’s on-demand service for $12.99 per month. It’s a runner-up option for families or people who may already subscribe to Hulu or Disney+.

At the moment, ESPN+ has more than 250 episodes available for streaming. Below is a sample list that I’ve put together. There are dozens more not listed here.