Watch the 2017 NBA Draft without cable with a live stream

The 2017 NBA Draft has already been upended by trades, but there are still a number of questions that will go unanswered until tonight.

Luckily, you can catch what’s expected to be a volatile, fast-moving NBA draft tonight beginning at 7 p.m. even without cable. All you need is an Internet connection to employ a few of the live streaming options listed below to watch ESPN or the WatchESPN app.

The Boston Celtics struck a deal that will send their No. 1 pick in Thursday’s draft to the Philadelphia 76ers for the No. 3 pick and a future first-rounder. Meanwhile, the Sixers are reportedly looking to trade another first-round pick in tonight’s draft.

We are still hours away from when the next shoe might drop, but this year’s draft is expected to have plenty of surprises, according to USA Today. The paper has made its own predictions about the fate of Fultz, UCLA’s Lonzo Ball and Jayson Tatum from Duke.

This quick guide will give you the low down on how to live stream ESPN or WatchESNP without a cable subscription. 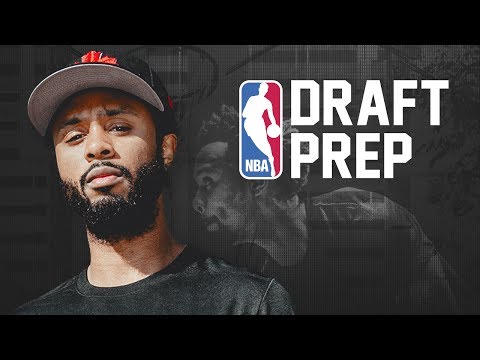 DirecTV Now is a sure fire way to get access to ESPN, whether you are at home in front of your TV, or in a back of an Uber with your smartphone.

The upshot of DirecTV Now is that it’s the most portable of all the live TV streaming services on the market. AT&T customers also don’t need to worry about burning through any kind of data cap for mobile live streaming.

With DirecTV Now, ESPN is part of the entry level “Live a Little” package, which gives you 60+ channels, and scores of on-demand movies and shows.

The Live a Little package only gives you access to ESPN and ESPN2, but here’s a neat trick. Use your DirecTV Now credentials to sign into the WatchESPN, and you will get live streams to even more channels.

DirecTV Now is the easiest solution to quickly get access to the NBA draft. You can sign up for a free 7-day trial without any contract or obligation.

If you’re thinking about trying the service longer, there’s a couple of promotions worth considering. Prepay for two months of service and you will get a Roku Premiere for free.

If you don’t want to use DirecTV Now, then Sling TV is also a solid choice. With the entry-level “Sling Orange” plan, you will get 29+ channels including ESPN.

Sling TV has an easy to use interface, and recently expanded its Cloud DVR service, which costs an extra $5 per month for 50 hours. Sling TV works on Roku, Fire TV, Chromecast and other major streaming devices.

In addition to using the Sling TV app for live channels, you can also sign in to the WatchESPN app. Sling TV has a free 7-day trial that you can tap into for the NBA draft. You may also want to check out their offers for a free Roku Express or discounts on a Roku Premiere+ or AirTV Player and adapter bundle.

Does PlayStation Vue have a ESPN live stream?

PlayStation Vue is another solid alternative for getting a live stream of ESPN. You can catch a live stream of ESPN on the entry-level Access Slim package for $29.99 per month. You will also get AMC, Animal Planet, FX and other popular channels that you can find with a pricier cable subscription. Watch the NBA draft on the live ESPN channel or sign into the WatchESPN app. PlayStation Vue has a free 5-day trial.

Does fuboTV have the NBA draft?

No. But fuboTV recently announced a deal with CBS that will greatly expand its channel selection in July. Thursday Night Football and NCAA Men’s Basketball are coming to the sports-first platform soon.

What’s the best way to stream the NBA draft?

DirecTV Now is the best option because you get access to ESPN and the ability to live stream on the go with your smartphone. So if you have plans tonight, you can watch the NBA draft while riding in the back of an Uber or taxi. No worries. Plus, there’s no commitment with the free 7-day trial that DirecTV Now offers. The offer for the free Roku Premiere is pretty attractive as well.

Sling TV is a good secondary option, and there’s no obligation for their 7-day trial.

Either way, you will be talking about the NBA draft at work tomorrow just like everyone else who is paying a lot more for cable.