The AirWave became the latest OTA-featured device that was announced at CES 2017. Like the AirTV Player or Amazon’s new line of 4K TVs unveiled this week, it’s squarely aimed at cord cutters.

UPDATE: The Mohu Airwave is now being sold exclusively at Best Buy for $149.

The Mohu AirWave functions as a wireless indoor antenna that captures over-the-air (OTA) high-def broadcasts and transmits across your wireless network.

By pushing OTA signals over your Wi-Fi connection, you can watch local live TV channels through the Mohu TV app.

AirWave wirelessly connects to the Mohu TV application. You will be able to channel surf up and down through live broadcast content and free streaming content in a cable-like TV guide.

The app will be available on nearly all streaming devices. Mohu AirWave will roll out with app support for Amazon Fire TV, Apple TV, Roku, Chromecast, iOS and Android. OTA content captured by the AirWave can also be streamed to a PC.

“At Mohu, our mission is to continue evolving and improving the cord cutting viewing process for consumers,” Mark Buff, founder and CEO of Mohu said in a released statement. “Watching TV should be a personalized experience for every viewer, and we know consumers have a lot of options and preferences about how they view TV without cable. In order to simplify the viewing process for consumers, we’ve created a product that not only gives open access to OTA content, but also integrates and organizes OTT streaming video through a seamless, all-in-one interface.” 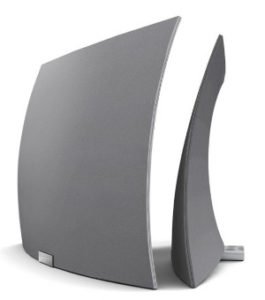 The AirWave looks a bit like a futuristic shield — or maybe like a wave? Mohu expects to launch AirWave by Labor Day 2017.

The company said that AirWave was built to give cord cutters wireless access to the live TV and streaming content, all in one place and with no monthly fees.

Mohu describes itself as “the cord cutting company”, and is best known for its TV antennas. It created the world’s first paper-thin Leaf HDTV Indoor Antenna in 2011.

The new cable-style program guide on AirWave will give program descriptions, the ability to select favorite channels, and view up to 14 days of upcoming content.

Users can set up AirWave anywhere in a home where there is an Internet connection. In order to stream OTA content, users will have to remain within their Wi-Fi network. The AirWave system uses ClearPixTM Technology, a proprietary, first-of-its-kind dynamic pixelation reduction technology. ClearPix is designed to automatically improve image reception of over-the-air broadcasts.

“We are at the crest of the cord cutting revolution,” said Buff. “Pay TV is broken. AirWave is our attempt to reinvent the TV viewing experience by offering consumers flexibility, convenience and choice. With Free TV Everywhere, you can watch what you want, how you want and with no monthly fees.”