How to Stream FX shows without cable

The cheapest way to watch FX without cable TV or satellite service is with FX on Hulu.

What is FX on Hulu?

It’s basically a new hub within Hulu’s on-demand service. At $5.99 per month, it’s dirt cheap. You’ll get all the new episodes of American Horror Story, Fargo and other favorite shows. New FX originals like The Old Man and Devs will be there too. (See list below.)

If you are new to streaming or you’re considering cutting the cord from cable TV or satellite, this guide will break down all your options for streaming FX shows live or on-demand. You just need a steaming device, a Roku or Amazon Fire Stick will do. A decent Internet connection is also required. I have more guides and tips if you need hardware advice.

FX on Hulu is going to be the best option to stream new episodes of Better Things and past shows like Justified or Sons of Anarchy.

You’ll need to sign up for a live TV service if you want to watch a new episode as it airs live on FX. Before diving into live TV options, there is one more inexpensive option to consider for watching FX shows.

If you want Hulu and have young children, a subscription to the Disney+ bundle will add a lot more family-friendly content to your wheelhouse.

The Disney+ bundle includes Hulu, and ESPN+ for $13.99 per month. Disney+ has a robust catalog of Disney movies, Pixar movies and originals, Star Wars films, the Marvel Universe and shows from National Geographic.

ESPN+ adds live soccer, baseball and college basketball, 30 for 30 episodes and UFC to your ESPN app. You can read more details about the Disney+ bundle on its site before deciding whether to sign up. The Disney+ bundle costs the same as a Netflix subscription.

It’s a much cheaper than cable, DIRECTV or DISH Network, or even a live TV service that streams live channels online. You can also check out my video review of the Disney+ bundle. 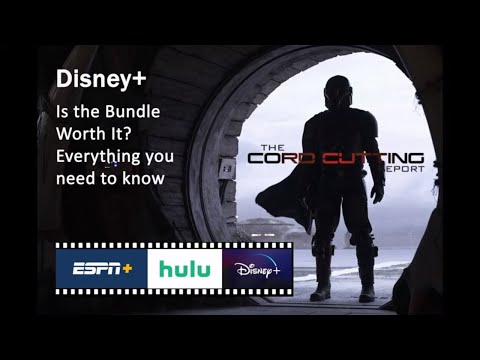 Does Sling TV have FX Shows?

Sling TV is the cheapest live TV option for watching FX shows at $30 per month.

The Sling Orange bundle also costs $30 per month, but doesn’t have FX in its channel lineup. If you want to watch FX shows live and sports networks such as ESPN, then you can combine the Sling Orange and Sling Blue bundles for $40 per month.

There are also a number of smaller add-on bundles. But your best bet is to look over Sling’s channel lineup before deciding whether to sign up.

Sling will give you a streaming device in exchange for a brief subscription. So if you think you’ll hang onto a Sling TV subscription for at least a couple of months, you can really get themost out of your money by prepaying.

Hulu with Live TV has 75+ channels including FX, ESPN, FS1 and regional FOX Sports networks. Subscribers get unlimited Cloud DVR and can watch on two screens at once.

Aside from live TV, a subscription includes Hulu’s on-demand streaming service (with limited commercials), Disney+ and ESPN+. So you’re essentially getting two streaming services when you sign up for Hulu with Live TV. Subscribers can use their account to activate about 38 apps including the FX Now app.

You can look over the channel lineup to see what local NBC, CBS, FOX and ABC stations are included with your subscription.

YouTube TV has FX, FXX and FXM. There are 75+ channels and unlimited Cloud DVR. There are local NBC, CBS and ABC stations available in most of the U.S. A subscription costs $49.99 per month.

Hulu has 40+ FX shows, including legacy shows like The Shield, and new originals.

You can expect a lot more FX originals in the coming year. It is part of a plan by its parent-company Disney to make Hulu more oriented for adult content. New episodes from channels FX and FXX will be added to FX on Hulu less than 24 hours after airing on live TV.

Activating the FXNOW app: What You Should Know

The FXNOW app can be activated with a subscription to Sling TV, Hulu with Live TV, YouTube TV and AT&T TV Now. The app carries live streams from FX East and FX West. There are dozens of movies from FX and FXM on demand.

Now that FX on Hulu has become a hub for new and older FX shows, you’re better off subscribing to Hulu if you want to watch a full season of a show.

Is FX on fuboTV?

fuboTV no longer carries FX Networks. The change happened back on Jan. 1 after fuboTV could not reach an agreement with FX Networks and owners of FOX Sports regional networks.

What’s the best way to watch FX without cable?

Hulu is the cheapest way to watch FX shows. A Hulu with limited commercials plan is $5.99 per month and gets you hundreds of movies and TV new shows. You can read over more details about Hulu before signing up.

The Disney+ bundle is an option to consider if you’re looking for more family-oriented movies and shows along with some live sports. You’ll get Hulu, Disney+ and ESPN+ for $12.99 per month. You can read more about what the Disney+ bundle offers on their page.