No release date was mentioned. The Google Play Store will serve as the hub for downloading streaming apps and games, according to Channel Master. The Stream+ media player will operate on Android TV 7.0 Nougat.

The over-the-air TV menu will work through the Google Live Channels app. Recorded shows will be stored on a MicroSD card, but Channel Master has also included a USB 3.0 “for future applications.”

The Stream media player may delight some Android TV fans who have been pining for a new streaming player with the popular Google-based software.

“Stream+ is the culmination of customer requests, market research and engineering, rolled up into an advanced solution from creative companies,” said Joe Bingochea, EVP of Product Development at Channel Master. “We are a consumer-first company focused on delivering value to our customers and we’re excited to do that with Android TV and the Google Live Channels app.” 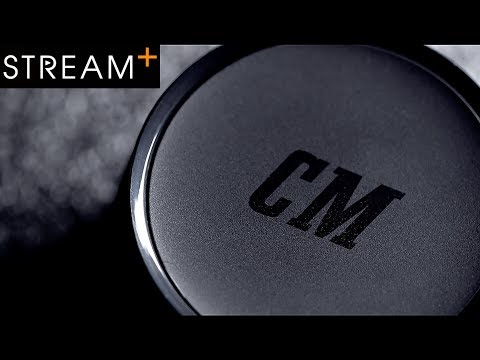 According to Channel Master, the Stream+ will be capable of streaming 4K, HDR and 3D picture quality. The remote will have voice search capabilities. There are two ATSC 1.0 tuners, so you will be able to watch a one live program from your antenna while recording another. Both tuners can also be recording a show from an antenna, while you’re using another streaming service like Netflix.

Stream+ will have dual-band 802.11ac Wi-Fi and Ethernet connectivity, quad-core CPU for advanced gaming, a MicroSD storage option for DVR, and USB 3.0 for personal media use and future options.

The Live Channels app installs automatically during the Stream+ setup process to add over-the-air broadcast TV channels into a graphical guide, and installing a MicroSD storage card activates the Live Channels DVR setup process. The dual internal TV tuners allow the user to record one live program while watching another, or record two live programs at the same time while watching a recorded program or using a streaming service.

Stream+ is available for pre-order now from Channel Master’s online store at a special introductory price of $99. The product is expected to be in stock mid-January, when the retail price will be announced.