Live Rescue is the new Friday night staple for A&E.

There are a few good options for streaming Season 1 and Season 2 without a cable TV subscription. You don’t need Comcast, Spectrum or another cable provider to watch A&E shows live anymore.

Right now, the cheapest option for watching Live Rescue is through Philo.

Philo costs $20 per month for about 60 channels, including A&E, HGTV, all the Hallmark channels and VH1. You can watch all of your live TV channels using the Philo app on a Roku, Amazon Fire Stick (Fire TV), Apple TV, iPad, Android smartphone or Android TV device.

There is a free 1-week trial for new customers. And you can sign up in under a minute by using a mobile number.

What is Live Rescue?

Live Rescue is a spin-off of Live PD, which came to an abrupt end earlier this year in response to nationwide calls for police reform.

Instead of following police officers as they respond to live events, Live Rescue focuses on emergency rescue calls from fire departments and other first-responders from around the United States. 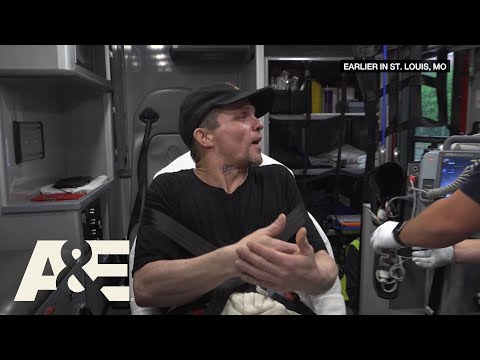 The calls range from the mundane — an animal getting trapped — to serious motor vehicle collisions or major fires.

The first season of Live Rescue was hosted by Ashleigh Banfield. She didn’t stay with the show for long. She landed a deal in 2020 for her own true crime series on Court TV called Judgement with Ashleigh Banfield.

After the success of Season 1, A&E ordered 10 more episodes. Matt Iseman hosted the remaining episodes of Live Rescue. It’s unclear whether Live Rescue will get a Season 3. Production of the show came to a halt in Sacramento earlier this year due to concerns about the pandemic.

Currently, the A&E website does not offer any Live Rescue episodes online — even if you sign in with a TV provider.

Philo is the cheapest way to watch the latest episodes of Live Rescue without a cable TV subscription.

The live TV service costs $20 per month. Subscribers get about 60 channels. Instead of using a cable box, you can go the cord cutting route, and use a Roku, Fire TV, Apple TV to watch live channels on your television.

Subscribers can also activate the A&E app using a Philo account. And you can sign in to dozens of other apps for channels that are in your Philo subscription.

You can read my review of Philo, or sign up for a free 7-day trial.

Sling TV costs $30 per month, and you can pick one of two main channel bundles.

The Sling Orange bundle has 34+ channels such as ESPN, HGTV and AMC for $30 per month. You can stream on up to one TV at a time using a Roku, Amazon Fire TV or Apple TV.

Sling Blue has 45+ channels such as FS1, NBCSN and CNN for $30 per month. You can stream on up to three screens at once.

Sling TV does offer local NBC and FOX stations in a small number of markets with the Blue channel bundle. You can look over the channel lineup in your area. You can try out Sling TV free for a few days to see if it’s a good fit for replacing your cable subscription.

Subscribers get 10 hours of Cloud DVR to record shows. You can get 50 hours for an extra $5 per month. Sling TV has smaller add-on channel bundles for more sports, news and comedy channels.

Hulu with Live TV has 65+ channels including A&E, History Channel and CNN.

It has all the ESPN networks, local NBC, ABC, CBS and FOX stations. And there’s a robust lineup of entertainment networks such as Investigation Discovery, HGTV and TNT.

Hulu + Live TV costs $54.99 per month and includes 50 hours of Cloud DVR. A subscription to the live TV service includes unlimited access to Hulu’s on-demand library of movies, network TV shows and Hulu Originals. People usually pay $5.99 and up for the on-demand library.

networks are offered in your area. Hulu is offering a free trial that lasts a week.

fuboTV is a sports-first platform that offers 100+ channels including ESPN and regional sports networks.

For entertainment channels, there’s A&E, Bravo, and Disney channels. It’s the only live TV service that has some entertainment and sporting events in 4K. Subscribers get 30 hours of Cloud DVR.

A subscription costs $59.99 per month. You can watch channels from fuboTV on a Roku, Fire TV or any other major streaming device. If you stream fuboTV from a PC or Mac, you can also tap into on-demand shows and movies.

fuboTV shows what local channels are available in your area. You can sign up for a free 7-day trial for any of their channel bundles.

What’s the best way to watch Live Rescue without cable?

Right now, the cheapest option is through Philo, which has 60+ live TV channels for $20 per month.

You can watch A&E both live and on-demand using a Roku, Apple TV, Amazon Fire TV and Android TV software. The sign-up process for a free 7-day trial takes less than a minute.