Subscribers to Sling TV, YouTube TV and Hulu + Live TV will now be able to integrate live TV channels into a single guide with other streaming services.

“This update makes it easier to browse live TV channels across different apps in the Fire TV experience,” the company announced in a blog post. “It also offers a single destination to discover live content within the Live tab, so that you can check out what’s on now from nearly 20 integrated live TV apps and providers.”

Amazon has been building out its integrated channel guide for more than a year.

What it means for cord cutters

Today’s announcement marks a significant upgrade for cord cutters. And it may hint toward Amazon’s ambitions for delivering its own “hassle-free” live TV service in the near future.

The integrated menu inches toward an a la carte system.

I recently made a video where I integrated free over-the-air channels from a TV antenna/Fire TV Recast, Philo subscription ($20 per month), Pluto TV (free) and HBO from Amazon channels ($15 per month). 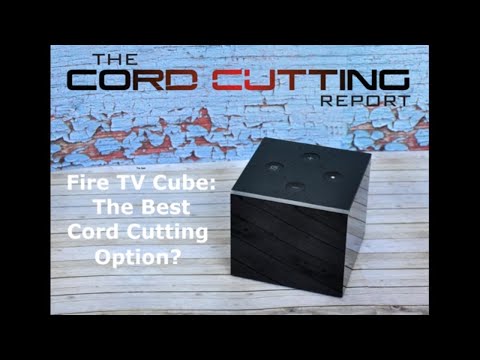 That package gave me more than 200 channels for $35 per month. The majority of the channel lineup was free. And I could drop one or more of the paid streaming services whenever I want.

Two weeks ago, Protocol reported that Amazon is working on creating its own live TV service. One job listing that outlined Amazon’s goals was to create a “hassle-free” TV experience.

Amazon noted that over-the-top devices such as Amazon’s own Fire TV devices are now becoming the preferred way to watch live TV.

“Although video on demand is on the rise, the global viewing hours weighs in favor of live or scheduled TV and OTT linear streaming is predicted to grow by 64% in next two years,” a company job listing said.