The Sling TV Happy Hour doesn’t seem to be going away quite yet.

The company released its latest schedule, highlighting some of the cable TV shows that it will be airing to anyone who signs up for a free Sling TV account.

If you still haven’t taken part, there is still time to watch roughly 50 cable TV channels on Sling TV for free. Every night from 5 p.m. (ET) to midnight, you can watch channels such as CNN, National Geographic and Comedy Central.

You just need to start a Sling TV account with an email address. But unlike other free trials in the past, you do not need to provide any kind of debit or credit card information.

So, if you’re still tied to a cable TV or satellite subscription, you can try out cutting the cord without having to officially make the leap.

That’s right, ESPN. And it just so happens that despite there being no sports, ESPN is showing one of the best docu-series in years: The Last Dance: Michael Jordan.

Sling TV is still the cheapest way to live stream ESPN. The Sling Orange bundle carries ESPN, and 31 other channels for $30 per month. Sling is currently knocking $10 off the first month’s bill for new subscribers.

Note: Not all programs listed below are part of the Happy Hour promotion. The free shows are highlighted in Blue. Sling TV says it also has 50,000+ titles of on-demand content.

Just over 17 months ago, NFL veteran Alex Smith suffered a severely broken leg while playing quarterback for the Washington Redskins. The story of how bad his injury was, including his battles with post-operative infection, of how doctors and Smith’s family had to make life-changing decisions, and of his intense recovery and rehabilitation, has never been fully told until now. In a special edition of E60, “Project 11” will document Smith’s riveting story.

Season Premiere. Emmy® and Golden Globe® winners Paul Giamatti and Damian Lewis star in a complex drama about power politics in the world of New York high finance. Shrewd, savvy U.S. Attorney Chuck Rhoades (Giamatti) and the brilliant, ambitious hedge fund king Bobby “Axe” Axelrod (Lewis) are on an explosive collision course, with each using all of his considerable smarts, power and influence to outmaneuver the other. The stakes are in the billions in this timely, provocative series. (Showtime)

Season Premiere. Cassie Nightingale (Catherine Bell), Middleton’s favorite enchantress, and her young-teenage daughter Grace (Bailee Madison), who shares that same special intuition as her mom, welcome Dr. Sam Radford (James Denton) and his son to town. When the New York transplants move in next to the Grey House, they are immediately spellbound by the mother-daughter duo next door, but Sam and Cassie quickly find they may not see eye to eye. With her signature charm, Cassie attempts to bring everyone together, ensuring all of Middleton is in for new changes, big surprises and, of course, a little bit of magic! (Hallmark)

Season Premiere. Dr. Britten is back in LA with her family in tow, but the cross-country move has put her kids into overdrive and intimacy with her husband to a screeching halt. Despite her friends’ suspicions that things are really falling apart, Dr. Imani embraces life as a single mom while her husband is out of state building a new business. (Bravo)

ET on ESPN ESPN’s 10-part documentary series “The Last Dance,” which chronicles Michael Jordan and the 1997-98 Chicago Bulls, continued on Sunday with Episodes 5 and 6.

5/3: The Real Housewives of Potomac – TBD on Bravo

Season Premiere. Love is in the air as Gizelle Bryant rekindles a relationship with her ex-husband, pastor Jamal Bryant, but her daughters are struggling to accept their new normal, making thngs challenging for the couple. Although Karen Huger and Ray are back in Potomac with a beautiful new home, their 23-year “institution” may be in question when Karen discovers that Ray’s feelings for her might not be the same as they used to be. (Bravo)

Series Premiere. Located in the idyllic Berkshire Mountains of Kent, Connecticut lies “Camp Getaway,” a 300-acre playground where adults can relax, party and everything in between. The backbone of the adventure resort is the weekend crew that works tirelessly to tend to the campers’ every need. From organizing sporting events to coordinating parties that never end, the staff and counselors are what make “Camp Getaway” so special. Though the counselors are there to work, there is no lack of distraction. Between the plethora of activities, endless guests to flirt with, and bottomless mimosas on tap — they still find time to have a little summer fun. (Bravo)

Series Premiere. The horror anthology series, which is executive produced by The Walking Dead’s Greg Nicotero, is based on the 1982 movie written by horror icon Stephen King and directed by George A. Romero, the original zombie auteur. (Deadline)

Season Premiere. Duff Goldman and his team of decorators, designers and builders work around the clock to make epic, show-stopping cakes for milestone events and parties for their social media followers. The team is then challenged with delivering these extra-special creations to a variety of venues and locations both on time and intact. (Food Network)

Season Premiere. Josh Flagg, Josh Altman, Tracy Tutor, James Harris, and David Parnes are back in agent mode on Tuesday, May 5 at 10/9 — and this time around they are navigating big personalities, the aftermath of the wildfires, and the always-changing market on the West Coast. (Bravo)

Series Premiere. truTV is set to premiere the unscripted sitcom Tirdy Works, a half-hour series set in a small rural town with four paved roads and a booming moose turd business. This hilarious, off-kilter look at entrepreneurship, parenthood and life is told through the eyes of businesswoman Mary Winchenbach and her family set in Somerville, Maine. (Broadway World)

Sign up for a free Sling TV account to start watching shows during Happy Hour, or head over to the main page of The Cord Cutting Report for more how-to guides, reviews and tips on streaming. 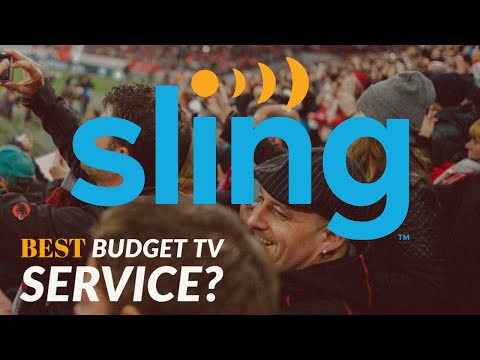