HDHomeRun 4K priced at $199 on Kickstarter

SiliconDust announced details today about its first ATSC 3.0 tuner — the HDHomeRun Quatro 4K — as part of a Kickstarter campaign.

The company could soon begin “mini production” of the new TV tuner if it raises enough funds between now and May 22.

“This is for the adventurous – you get to participate in the bringup and testing of this new TV technology as broadcasters themselves test,” the company said in an e-mail to customers. The new Quatro 4K is priced at $199.99.

The announcement comes as dozens of cities across the U.S. transition from digital broadcasts to the new ATSC 3.0 standard.

Digital broadcasts are available free to anyone with a TV antenna, and within range of local broadcast towers. Picture resolution for major broadcasters such as NBC, CBS, ABC, PBS and FOX range between 720p and 1080i.

The new ATSC 3.0 standard, also known as NextGen TV, is expected to bring a significant upgrade to free channels.

The $200 price is about $50 more than SiliconDust’s HDHomeRun Connect Quatro.

TV stations across the country will begin testing high resolution 1080p and 4K content with up to 7.1.4 surround sound and HDR. 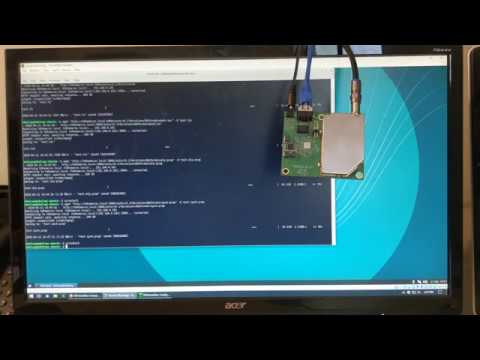 Broadcasters are starting to test in select markets with plans to expand testing to 40 major metro areas this year.

TV stations in Dallas, San Francisco, Phoenix, Seattle, Las Vegas, Kansas City, and Detroit are among the early adopters of the new standard. The Federal Communications Commission has required broadcasters to maintain existing free digital signals for five years after making the transition to ATSC 3.0.

SiliconDust’s announcement will likely be the first of many coming from manufacturers of over-the-air DVRs and tuners.

Richard Schneider, president and founder of Antennas Direct, said in an interview with The Cord Cutting Report in January, that his company was aiming to develop a set-top box or dongle that would help customers transition to ATSC 3.0. He said the box could include popular streaming apps used when people cut the cord from cable TV or satellite services.