Today I’m going to show you how to live stream Chicago Blackhawks games without a cable TV or satellite subscription.

NBC Sports Chicago is still a key channel for watching NHL games. But you can now stream a majority of in-market and out-of-market games live on ESPN+, which costs only $5.99 per month.

In this guide, I’ll outline all the ways you can watch Chicago Blackhawks online by using a streaming device such as a Roku or Fire Stick connected to your TV.

Whether you’ve already cut the cord, or have been thinking about it, I’ll show you a few new ways to live stream Chicago Blackhawks games on NBC Sports Chicago and ESPN+.

Signing up for ESPN+ is a steal for hockey fans because it costs slightly less than renting a movie every month. The streaming services detailed below lets you watch live sporting events on a TV, tablet, smart phone or computer.

So, if you want a primer on how to ditch a pricey Spectrum or Xfinity cable bundle, keep reading. 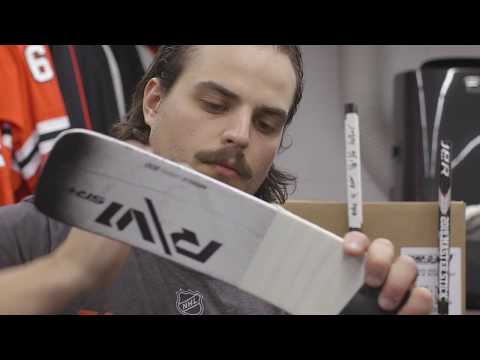 A Roku, Amazon Fire Stick or Apple TV can essentially replace your cable box thanks to a number of live TV streaming services. These channel bundles began emerging between 2015 and 2016.

These days, you can get pretty much watch every channel once exclusive to Comcast, Spectrum and DIRECTV online instead. Watching a regional sports network like NBC Sports Chicago, a local FOX Sports network, ESPN or PAC-12 Network is pretty easy.

You just need to look over the channel lineups for each streaming service, and pick the one that best fits your needs. If you don’t like a service, no worries. Unlike cable TV or satellite services, there are no contracts. You can just cancel online whenever you want.

Keep in mind, these NHL games are not ones that are carried on ESPN’s flagship channel that you watch with a cable or satellite TV subscription. ESPN+ is a standalone product that live streams NHL games, Major League Baseball games, UFC fights, tennis and top rank boxing. There are hundreds of college basketball and football games aired throughout the year.

ESPN+ has a number of original programs and is now the home for the 30 for 30 library.

You just need a streaming device connected to your TV that has the ESPN app. Log in to your ESPN+ account within the ESPN app and you’re ready to go.

If you’re not watching on a TV, you can use an iPhone, Android smartphone, and web browsers too.

Once you sign up for an ESPN+ subscription, you can activate your account on the ESPN app. Unlike cable or satellite subscriptions, there are no contracts, and you can easily cancel online if the service isn’t for you.

fuboTV has more than 100+ channels in its basic channel package. There are local FOX and NBC stations, CNN, Big Ten Network, regional NBC Sports networks and entertainment channels such as A&E and HGTV.

So it’s really an ideal package for families because just about everybody in your house can find something they will want to watch. The only drawback for sports fans is that there are no ESPN networks or ABC.

Look over the channel lineup before deciding whether you want to do a free trial.

fuboTV comes with 30 hours of Cloud DVR, and has a unique “look back” feature that has all games that aired in the last 72 hours.

It’s also the only live TV streaming service that has select sporting events in 4K. There are more than 130 events and shows in 4K as part of its on-demand library.

There’s a huge library of on-demand movies and TV shows. And you can score a lot of extra programming and live streams by using your fuboTV account to activate apps for channels in your lineup. A subscription costs $54.99 per month.

That’s the same on-demand library that people pay $5.99 per month for.

A subscription to Hulu’s live TV service is $54.99 per month.

You can also use your Hulu live subscription to activate apps to 41 networks, including NBC Sports. Some of these TV Everywhere apps have extra live streams and channels. So you can really expand the number of live TV channels and movie selection on your Roku, or other streaming device.

Look over the channel lineup for Hulu with Live TV to see what local and regional sports networks are available in your area.

AT&T TV Now is the most expensive option in the bunch at $65 per month. But its channel lineup does include HBO, HBO Family and HBO Latino.

The Plus bundle has 45+ channels and carries NBC Sports networks around the U.S. Bravo, CBS, CNN, Disney Channel, TBS and TNT are part of the Plus channel lineup. There are 20 hours of Cloud DVR to record shows.

New subscribers can sign up for a free 7-day trial.

ESPN+ should be your first option if you’re looking for the cheapest way to watch Chicago Blackhawks games without NBC Sports Chicago or a cable TV subscription.

At $4.99 per month, you’ll be able to give your ESPN app a serious upgrade with NHL action, MLB games in the spring and even some UFC fighting. Look over ESPN+ programming or sign up for a subscription.