How to Stream Masvidal vs Diaz Live

Nate Diaz pretty much willed UFC 244 into existence. There isn’t even a title on the line.

But make no mistake, Diaz are Jorge Masvidal are fighting to be the “baddest motherfucker” in the UFC.  That’s no throwaway line from Samuel L. Jackson. There’s a backstory here. And you can hear it from Diaz himself in the interview with Ariel Helwani’s MMA Show included below.

The only way to stream UFC 244 Masvidal vs. Diaz live is through ESPN+, the exclusive home of UFC pay-per-view events.

Many cord cutters already know to sign up for these fights, but  here’s a quick primer on how it works: Let’s say you have a Fire Stick, Roku, PlayStation 4 or XBox One.

Use your ESPN app to tune into all the live sporting events airing on ESPN+.

The ESPN+ subscription lasts for a year, so if you want to buy a PPV fight again in the next 12 months, you’ll only have to pay for the fight. (ESPN+ costs $4.99 per month. So if you do the math, you’re getting a 25 percent discount on the whole package — compared to paying for the two separately.)

Anyway, the BMF is happening because of Diaz. The short version is this: Moments after Diaz defeated Anthony Pettis, he said he wanted to take on Jorge Masvidal next, and he wanted to defend his so-called title as the baddest motherfucker in the UFC.

Turns out, Masvidal was there in the stands — and seemed more than happy to oblige him. Dana White and the UFC took all this braddiago a step further by creating a “BMF” title and make the Diaz Masvidal fight the main event. 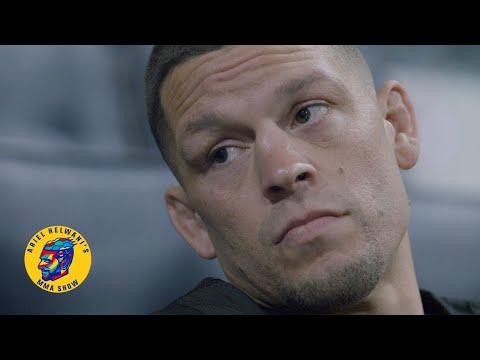 It’s hard to ignore that Masvidal is coming off of two knockout wins, and has been on a streak. He won five of his last seven fights. His last big win was against Ben Askren, who was undefeated. Masvidal took him out with the fastest knockout in UFC history in just 5 seconds.

Diaz bounced back with his win over Pettis in August at UFC 241, but it happened after a three-year layoff. Defeating Masvidal would be a huge win (and a kind of upset) considering Masvidal’s performance lately.

Read the weekly ESPN+ Schedule for more highlights. Are you using a Roku, Fire TV or game console to watch UFC 244 live? Tell fellow readers in the comments below. 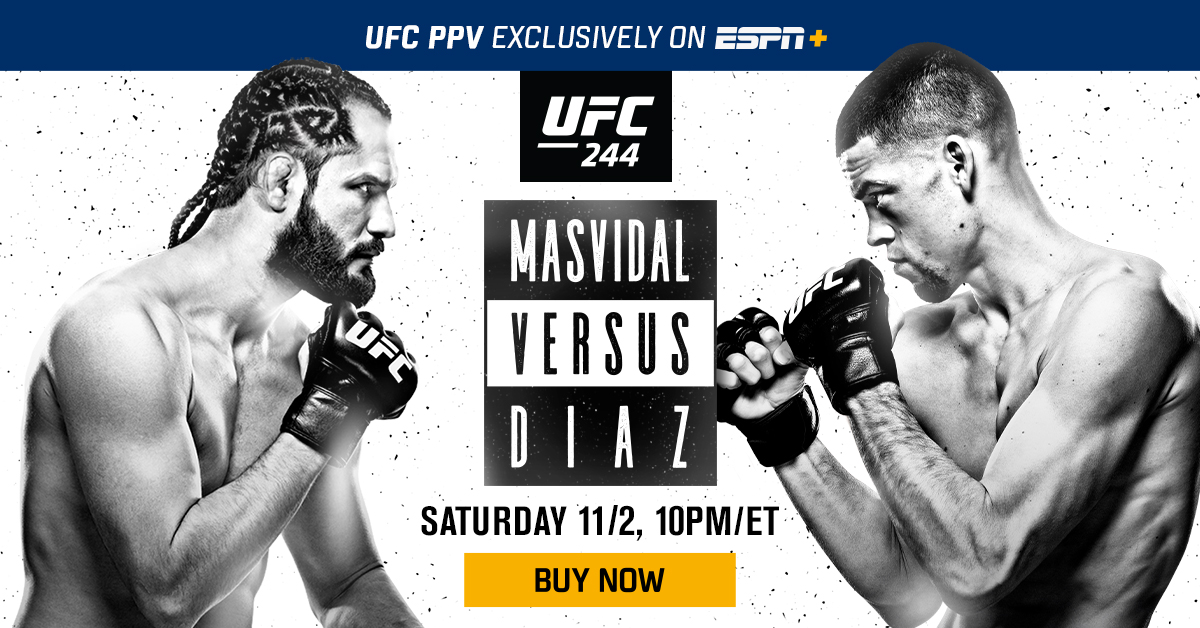