How to Stream Canelo vs Kovalev Live on DAZN using a Roku, Fire TV

Saul ‘Canelo’ Alvarez, the unified middleweight champion, is moving up two weight classes to fight Sergey Kovalev on Saturday night. The winner will walk away as the WBO light heavyweight champion.

Kovalev last defended his light heavyweight title in August with a TKO against Anthony Yarde. Canelo packed on 15 pounds to take on Alvarez. But Canelo has been working his way up to this weight class. Back in May, Canelo fought as a 160-pound middleweight, defeating Daniel Jones.

Saturday’s title fight is happening at the MGM Grand Garden Arena in Las Vegas. Here’s what you need to know to watch the Canelo-Kovalev fight live.

What channel is Canelo fighting on?

You won’t find the Canelo fight on cable or pay-per-view, but in a true nod to the cord cutting era, you can live stream the Canelo vs Kovalev fight on DAZN.

What time is Canelo vs Kovalev fight? 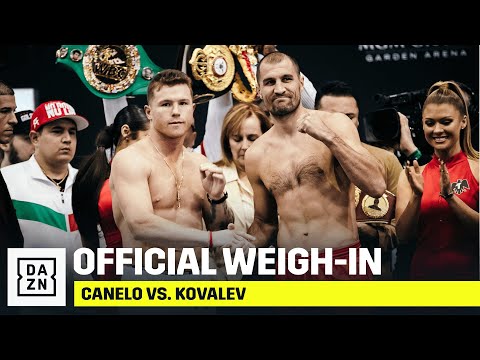 What do I need to watch Canelo fight online?

A decent Internet connection will be a key, along with a streaming device like a Roku, Apple TV, Amazon Fire TV, Fire Stick, Android TV and Chromecast. You can also live stream Canelo vs Rocky on a PC or MAC using a web browser.

DAZN also has apps for Xbox One and PlayStation 4. You can also check for a DAZN app on LG, Samsung and Vizio smart TVs.

What else is on DAZN?

DAZN isn’t that well known in the U.S. but it’s more established abroad. It launched in 2016, but has been focusing on expansion in the U.S.

Major League Baseball agreed to a three-year deal with DAZN for live digital rights. The deal will result in a new nightly show that will have “live look-ins” to the best MLB action as it’s happening. So it sounds like a MLB equivalent of NFL RedZone.

DAZN says it plans to become a multi-sport platform in the US market, starting with combat sports. There will be more than 100 fight nights from Matchroom Boxing, Bellator MMA and other international promotions.

Is the Canelo vs Kovalev fight on PPV?

No. Canelo, the undisputed king of pay-per-view boxing, signed a five-year, 11-fight deal with DAZN. The fight with Kovalev is among many in the 11-fight deal that Canelo has with DAZN. Golden Boy Promotions will also put up to 10 high-caliber fight nights that will live stream on DAZN in 2019.

Can I watch Canelo fight in Canada?

Yes. DAZN will also live stream Canelo vs Rocky, but you need to sign up for the Canadian version of DAZN. You’ll still get a free trial like in the U.S.

What’s the best way to watch Canelo vs Kovalev live?

Personally, I’m a big fan of using a Roku connected to my router with an Ethernet cord to guard against having any lag. But any major streaming device, including Fire TV, Fire Stick, Google Chromecast, Xbox One, PS4 or Apple TV will work just fine over WiFi.

Sign up for DAZN before the fight so you can get everything set up before Canelo and Kovalev get in the ring. 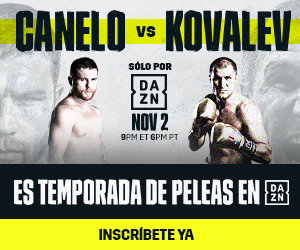