How to watch 60 Days In Without Cable

Any fan of the A&E show 60 Days In knows it’s essential that participants maintain their cover stories.

Season 6 of the popular reality show breaks new ground. Instead of unwitting law-abiding citizens passing themselves off as legit inmates at the county jail, the show is using fans for its latest round of recruits.

The best (and cheapest) way to watch 60 Days In without cable is through Philo.

Subscribers get 59 live channels, including A&E, HGTV and all three Hallmark Channels for $20 per month. You can try out Philo free for a week. There’s no contract or obligation to keep the service.

There’s unlimited Cloud DVR and you can activate apps for A&E and many of your favorite channels.

This guide outlines all your options for live streaming 60 Days In. And I’ll show you how you can watch Season 1 through Season 6 without a cable subscription. 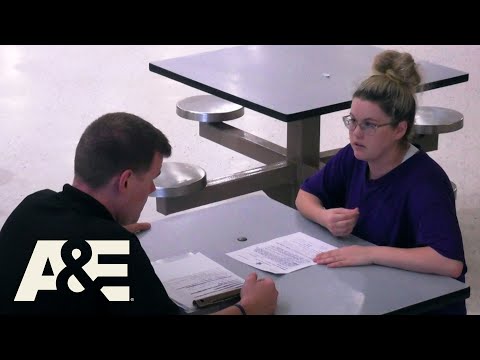 Philo is the least expensive way to live stream 60 Days In as each new episode airs on Tuesday night.

You can watch on up to three devices at once. You just need to use a Roku, Fire TV, Apple TV or Android TV device like a NVIDIA Shield TV. Even if you’re someone who isn’t going to watch new episodes until the weekend, Philo is still your best deal.

You can record the shows using your Cloud DVR account. And Philo currently has Season 5 on demand.  You’ll be able to activate the A&E app with your Philo account to watch Season 5 on the A&E app. But I prefer Philo’s on-demand library.

I’ve been subscribing to Philo for more than a year now, and I’ve been very happy with the picture quality and channel selection. You can read my review of Philo, or sign up for a free 7-day trial. Unlike cable TV, there is no obligation to keep the service. Just cancel online if you don’t like the service.

Hulu is the best way to catch up on previous seasons of 60 Days In. Hulu’s on-demand library now carries Season 1 through Season 5.

You can sign up for Hulu’s on-demand service, especially because it’s super cheap at $5.99 per month.

If you subscribe to Hulu with Live TV then you can watch new episodes on A&E, and all prior seasons as well.

Hulu with Live TV has 65+ channels including A&E, ESPN and National Geographic. Subscribers get 50 hours of Cloud DVR. You’ll get the Live TV subscription and unlimited access to Hulu’s massive on-demand library of movies, TV shows and Hulu Originals for $54.99 per month.

Look over the channel lineup to see what’s in your area.

Watch 60 Days In Season 6 on fuboTV

fuboTV began as a sports-first platform, but really broadened its channel selection with A&E, HGTV and TNT.

For sports fans, there’s FS1, FS2, NBCSN and coverage for 80 percent of the regional sports networks in the U.S.

If you’re interested in fuboTV, look over a breakdown of what local and regional sports channels are in your area.

Subscribers get 30 hours of Cloud DVR, and you can activate 41 apps to networks like AMC, FX and National Geographic. If you want to catch up on some sports, fuboTV also has a “look back” feature that shows all games that aired in the last 72 hours.

fuboTV has apps for Roku, Fire TV, Apple TV and Android TV devices such as NVIDIA Shield. You can watch fuboTV on a PC or with its mobile apps for iPhone and Android smartphones.

fuboTV offers a free trial for 7-days. Subscribers pay $54.99 per month. You can read my full review: fuboTV: the definitive guide.

Sling TV, a budget choice for watching 60 Days In

Sling TV is the best known streaming service out there. The Sling Orange package gets you A&E as part of a 29+ channel package for $30 per month. It’s definitely among the cheaper options to watch 60 Days In.

Other channels in the Sling Orange package include HGTV, TBS, ESPN, History Channel and IFC. I’ve been a Sling TV customer and I think they have a solid streaming service for the price point.

You can try out Sling TV for free for seven days, and just cancel online if you decide it’s not for you.

Sling TV has a few offers to get either a free or discounted device if you prepay for a brief subscription. You can cancel after that subscription if you don’t want the service anymore.

What’s the best way to watch 60 Days In online?

Philo is the best deal for most people when it comes to watching 60 Days In without cable. You get 59 channels for $20 per month, including A&E, HGTV and Viceland. Philo works with Roku, Fire TV, Apple TV and Android TV.

Try out Philo free for a week. Signing up takes only a couple of minutes by using your mobile number.

To watch just Seasons 1 through 5, you can pick up a cheap subscription to Hulu on-demand for $5.99 per month.

If you’re looking to stream all seasons from the beginning, then sign up for Hulu with Live TV.

The Sling TV free trial is the way to go if you’re on a budget, or check out how you get a free or discounted streaming device by paying for a brief subscription.

Set a reminder on your smartphone in advance of when the trial expires in case you don’t want to keep the service.

What’s your favorite way to watch 60 Days In? Let other readers know in the comments below. For more tips on streaming or free over-the-air TV, head over to the main page of the Cord Cutting Report.