How to Watch College Football: ESPN+, BTN and ACC

If you want to stream college football games live, the best way to watch roughly 300 games across 12 conferences is with ESPN+.

The number of streaming options has gotten even bigger this year for college football. So there’s a good chance that you may be watching games a couple of different ways.

In this guide, I’ll show you the best way to tap into 12 different conferences, and some Power 5 games that you probably won’t want to miss. I’ll also quickly outline some other options to stream networks that might be important to you, including ESPN, ESPN2, ESPN3, Big Ten Network, SEC Network and PAC-12 Network.

Just to be clear, ESPN+ is not a replacement for ESPN, and has its own exclusive sports programming.

ESPN+ resides within the ESPN app, and also has coverage of MLB, NHL games and even original programing such as 30 for 30. You can pause, rewind and replay those 300 live football games.

To watch on your TV, download the ESPN app on a Roku, Amazon Fire TV, Apple TV, Chromecast, PlayStation 4, Samsung Smart TVs or Xbox One. If you’re on the go, or not near a television, then the ESPN app on your iPhone or Android smartphone works too.

You can take a look at what live sports are covered on ESPN+ before deciding whether to sign up.

One of your best resources for tracking down particular games by conference is through the ESPN college football schedule.

On the right hand corner of the schedule, you can narrow down the calendar by conference. You can see what networks you need for upcoming games.

The NCAA college football schedule is another good resource for keeping track of games, and which channel you’ll need to watch. 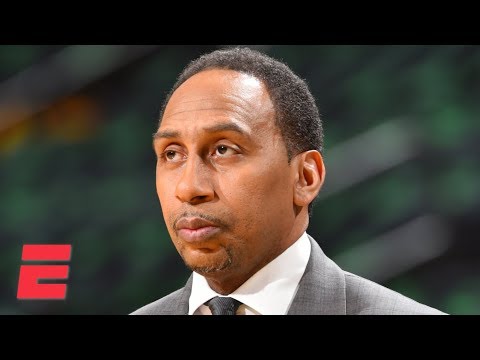 This season ESPN+ will stream five Power 5 games. Here is a quick rundown of those games.

ESPN networks have most of the college football games you want to watch.

Hulu with Live TV has 65+ channels, including some other key networks such as ABC, CBS, NBC, FOX, ACC Network, FS1 and FS2.

A subscription costs $44.99 per month, and comes with 50 hours of Cloud DVR. Keep in mind that you will also get unlimited access to Hulu’s on-demand library of movies, Hulu Originals and TV shows. That’s the same library people usually pay $5.99 per month for. So you’re essentially getting two streaming services for the same price as competing live TV streaming platforms.

You can also use your Hulu Live subscription to activate the ESPN app, and about 37 other TV Everywhere apps. Look over Hulu’s Live TV channel lineup to see what local channels and regional sports networks are in your area. Hulu has apps for Roku, Amazon Fire TV, Apple TV,

How to Watch College Football Free With a TV Antenna

Using a TV antenna can get you a lot of free college football games from local ABC, CBS, NBC and FOX stations.

It’s surprising, but the vast majority of Americans known that over-the-air signals have been broadcasting in digital for about the last 8 years. These signals are often in 1080i or 720p, and look better because they are coming into your home without being compressed.

I have already written a couple of pretty comprehensive guides to that has tips on picking the right hardware depending on where you live in the United States. Read my guide How to Choose the Best TV Antenna and OTA DVR. Then check out the Best Indoor TV Antennas of 2019.

fuboTV is a popular sports-first platform that carries some key networks for college football.

If you need local NBC, CBS or FOX for games, there’s an excellent chance fuboTV carries those local networks in your area.

The only downside is that fuboTV does not carry any of the ESPN networks that you see on cable TV or satellite. So that means no ESPN, ESPN2, ESPN3, or ESPNU. And there’s no local ABC. Having ESPN might not mean a lot to you, depending on what football conference or team you follow.

fuboTV subscribers get 30 hours of Cloud DVR. If you miss a game, fuboTV has an exclusive “look back” feature, which has all sporting events that aired in the last 72 hours. The channel lineup is much more than sports. A&E, FOX News, all three Hallmark Networks, National Geographic, CMT, Animal Planet and Discovery are all part of the fubo basic channel lineup.

fuboTV is the only live streams select sporting events in 4K HDR, including games on FS1 (and BTN last season). You can check out the channel lineup on fuboTV, or sign up for a free 7-day trial.

AT&T Now carries a number of sought-after networks for watching college football in the Max bundle.

Longhorn Network is available in within the network’s coverage area. Look over the channel lineup for your area. On the entertainment front, HBO and Cinemax are included in this package.

AT&T TV Now has apps for Apple TV, Amazon Fire TV and Roku. You can try out AT&T TV Now free for a week. 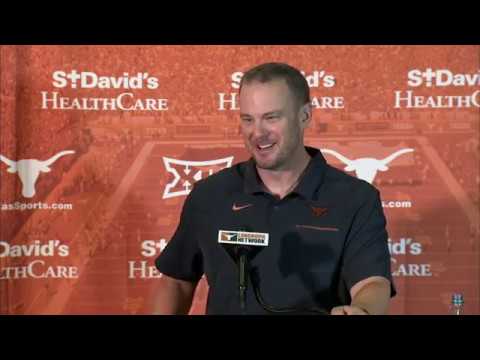 PlayStation Vue has ESPN networks in the Core bundle, which costs $55 per month.

YouTube TV has ESPN, ESPN2, ESPNU, Big Ten Network, FS1, FS2, and SEC Network. So there is a lot of college ball to be had. A YouTube TV package has a bunch of local channels too. So you’ll likely be covered for games on ABC, CBS and NBC.

YouTube TV works on Apple TV, Chromecast, PCs and Roku. It doesn’t have an app for Amazon Fire TV or Fire Stick. You can try YouTube TV free for a week.

Sling TV can be a potential budget option for watching college football without a cable TV or satellite subscription. But it depends on what channels you’re looking for in your lineup.

There are two main channel bundles. Sling Orange is the cheapest option for streaming ESPN live at $25 per month. The Orange bundle has 34 networks including ESPN2, ESPN3 and ACC Network.

If you want ESPN networks and networks offered on Sling Blue, then you’ll need to combine those two bundles at a cost of $40 per month.

Sling also has a Sports Extra bundle. Be aware that the channel lineup differs, depending on whether you’re subscribing to Sling Orange or Blue.

The Sports Extra bundle with Sling Orange is 15 more channels for another $10 per month.

Sports Extra with Sling Blue is 10 more channels for $10 more per month. PAC-12 Network and Stadium are included in this bundle. So depending on what team or conference you follow, you might be able to score a good deal for yourself.

Let’s say you only needed ESPN, ESPN3, some local networks and ESPN+ to watch games from the Big South Conference. That would only put you at $30 per month.

Look into getting a TV antenna (as mentioned above) for free NBC, ABC and FOX stations if you need them.

If you wanted to record games from Sling TV, 50 hours of Cloud DVR costs $5 per month.

It’s all a matter of what channels you need, and what you want to spend. By the way, Sling TV also offers a free 7-day trial.

I just threw a lot of information at you, so let’s recap a few highlights and narrow down your choices.

At $4.99 per month, it’s less than a movie rental. You can look over what live sports are on ESPN+, or sign up for a subscription.

Hulu with Live TV is my top pick for overall college football coverage at $44.99 per month. You’ll get all your ESPN networks, including ESPN, ESPN2, ESPN3, ESPNU and ESPN College Extra.

Big Ten Network, CBS Sports Network, FS1, FS2, SEC Network and local NBC, ABC, CBS and FOX stations are there, too. A subscription comes with 50 hours of Cloud DVR, and unlimited access to Hulu’s vast on-demand library that people pay $5.99 per month for. So if you already subscribe to Hulu on demand, this option might make the most sense. Sign up for Hulu’s Live TV package or look over the channel lineup.

If you’re on a budget, or only need a small number of channels, take a look at the channel packages for Sling TV. There’s a free 7-day trial, or you can sign up for a brief subscription to get a free or discounted streaming device.

So how are you going to live stream college football this year? Tell fellow readers in the comments below. For more tips on streaming, check out the main page of The Cord Cutting Report.