Watch ‘How Far Is Tattoo Far?’ Online Without Cable

There are a few inexpensive ways to watch How Far is Tattoo Far? online in 2019.

The cheapest option is with Philo, which live streams MTV as part of a 58 channel bundle for $20 per month. The channel lineup also includes A&E, AMC, BBC America, Discovery Channel and Food Network.

You can quickly sign up to a free trial that lasts a week using your mobile number.

I’m going to show you all your choices for watching How Far Is Tattoo Far? online – and without a cable or satellite TV subscription. A couple of these services will also get you access to Season 1 of How Far is Tattoo Far? through the MTV app.

Season 2: How Far is Tattoo Far? 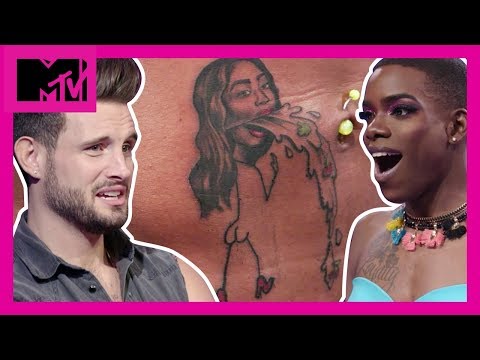 For the uninitiated, MTV debuted the first season How Far is Tattoo Far? last fall.

The show was a runaway hit because of its tension and cringe-worthy premise. Couples or two friends design tattoos for one another. Participants don’t get to see their new tattoo until it is permanently inked.

And as you can imagine, the fallout is generally ugly… in a very Jerry Springer kind of way.

Nicole “Snooki” Polizzi of Jersey Shore fame and actor Nico Tortorella co-host the show and do a decent job of ramping up the anxiety. Throughout the show, Snooki and Nico are pretty animated about the tattoos as they’re being inked.

Watch MTV Shows Live and On Demand with Philo

Philo is the best deal for most people because you can live stream MTV on the cheap and activate the MTV app.

Subscribers get HGTV, Discovery, A&E and Lifetime as part of a 58 channel lineup that costs $20 per month. There is unlimited Cloud DVR to record shows, and a vast library of on-demand movies and shows.

You can live stream channels on up to three devices at once. And you can use your Philo account to activate apps for MTV and 36 other TV Everywhere apps or websites of networks. Tapping into these apps allows you to watch more live TV and on-demand shows with your streaming device or smartphone.

Philo works with Amazon Fire TV, Apple TV, Roku and PC browsers such as Chrome, Edge and Firefox. There’s an iPhone app for Philo too. So you can get your fix of Snooki and Nico on the go if you have to.

Check out Philo’s channel lineup, or sign up for a free 7-day trial using your mobile number. Unlike cable, there are no hidden fees or contracts.

Live Stream How Far is Tattoo Far on Sling TV

To watch How Far is Tattoo Far? on Sling TV, you’ll need to sign up to two bundles.

Get either Sling Orange or Sling Blue then add Comedy Extra so you’ll have MTV. That’s going to cost $30 per month total.

Read my review of Sling TV for a deeper dive into the service. Look over the Sling TV channel lineups or get a free 7-day trial.

A subscription gets you 95+ channels, including select sporting events in 4K, for $54.99 per month.

Subscribers get 30 hours of Cloud DVR, and can activate about 40 TV Everywhere apps. Cruise through the menus and you’ll find a pretty big library of on-demand movies and shows. And for sports, you can use fubo’s “lookback” option, which has all games that aired in the last 72 hours.

You should look over the channel lineup for your area before trying out fuboTV. Fubo offers a free 7-day trial for new customers. My review of fuboTV has a more detailed overview of the service.

AT&T TV Now has MTV live stream as part of a 60+ channel bundle for $80. The Max package includes HBO and locals such as ABC and FOX. AT&T TV Now has a free 7-day trial for new customers.

Is How Far Is Tattoo Far on Netflix or Hulu?

No, if you want MTV’s ultimate tattoo show, you going to need to go with a streaming service that offers MTV as a live channel.

How to Watch Season 1 of How Far is Tattoo Far?

The best way to watch Season 1 of How Far is Tattoo Far? is through the MTV app.

Subscribers to Philo and DirecTV Now can activate the MTV app and watch full episodes of Season 1. So once you start a free trial, just head over to the MTV app or go to MTV’s website and log in using your credentials.

What’s the best way to watch How Far is Too Far?

Philo is easily the best way to watch How Far Is Too Far? without using cable or satellite TV? For $20 per month, you’re getting 58 of the top entertainment channels and unlimited Cloud DVR. Philo lets you stream on up to three devices at once, so you’ll be able to accommodate multiple TVs, tablets or smart phones.

Try out Philo free for a week, and see what you think. Just cancel online if the service isn’t for you.

Sling TV is the second cheapest option at $35 per month. For sports fans, fuboTV is worth a free trial, especially if you have a 4K TV.

So do you think How Far is Tattoo Far? is for real? Are the tattoos permanent? How are you going to watch Season 2? Tell fellow readers in the comments below.

And for more tips on streaming, check out the main page of The Cord Cutting Report.