NBCSN was shut down on Dec. 31, 2021. Most of the sports programming that aired on NBCSN is now on USA Network. The remainder of the sporting events is now available on Peacock Premium.

How to live stream NBCSN online without cable

It’s pretty easy to live stream NBCSN on a Roku, Apple TV or even a Fire TV Stick without a cable or satellite TV subscription.

There are about a half dozen choices out there, so you don’t need Comcast, Xfinity or Spectrum anymore.

Hulu with Live TV is the best option for most sports fans wanting to watch NBCSN live.

By typing in your zip code on Hulu’s site, you can easily look over local channels and sports channels in your area. Hulu lets you try its live TV package free for 7 days even if you already subscribe to its on-demand streaming service.

You’ll want those local channels for sports coverage, and you’ll want networks like ESPN, FS1 AND FS2. Hulu’s live TV subscription gets you 65+ live channels, unlimited access to its on-demand library and 50 hours of Cloud DVR for $54.99 per month.

There are no sneaky fees or contracts like cable. Just cancel online if you don’t like the service.

But if Hulu isn’t your thing, no worries.

Thanks to a wave of cord cutting, and cable alternatives, you don’t have to rely on Comcast or Spectrum. Once you learn how to negotiate a fairly priced Internet subscription without cable, you’ll really be saving money.

This guide will quickly show you all your options for how to watch NBCSN live on a smartphone, a streaming device or gaming console. 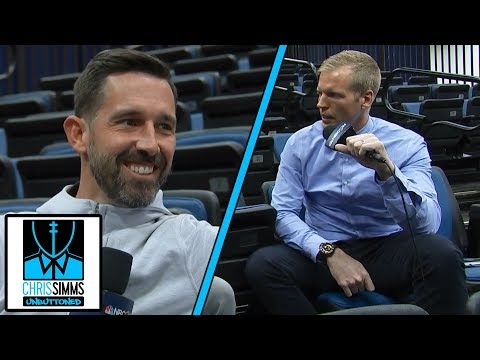 fuboTV is my runner-up pick to live stream NBCSN because it has hard-to-get channels such as NESN, MSG and MSG+.

Fubo is a sports-first streaming service with about 100+ channels in its entry level bundle. That bundle has a unique lineup of sports networks with FS1, FS2, NFL Network, beIN Sports, PAC-12 Networks and Big Ten Network.

Entertainment channels are in the mix too. HGTV, AMC, A&E, Bravo, USA, National Geographic and Viceland are included. One downside? There’s no ESPN.

fuboTV has a free 7-day trial with no contracts or obligations. A fubo subscription is $64.99 per month.

If you own a 4K TV, then you may want to subscribe to fuboTV because it is the only live TV streaming service that shows select sporting events in 4K HDR, including games on NBCSN.

Subscribers get 30 hours of Cloud DVR with the option to upgrade to 500 hours.

You can look over fuboTV’s channels in your area, and see if it’s a good fit for you.

The Sling Blue channel bundle has NBCSN along with local NBC and FOX stations in many parts of the U.S. The Blue plan has 40 channels for $30 per month. It’s the bundle more geared for sports fans because you get FS1, FS2, NFL Network and FOX regional sports networks.

If you want ESPN, then you will need the Sling Orange channel bundle too. That has about 30 channels for $30 per month by itself.

Even if you can’t get local channels, this may be a good option for you if you use a TV antenna as well. Read over my review of Sling TV if you like.

If you don’t want to burn time on that, look over the Sling TV channel lineup before deciding whether to sign up.

DIRECTV STREAM has NBCSN in the Choice plan.

ESPN, Nickelodeon and HGTV are included in the channel lineup. You get 20 hours of Cloud DVR and 50,000 on-demand movies and shows.

Subscribers get three months of HBO Max free before the $14.99-per-month rate kicks in.

When you sign up, you can subscribe month to month and cancel whenever you want. DIRECTV STREAM works on Roku, Android TV, Fire TV devices, Apple TV and smartphones and tablets.

You can look over the different channel lineups before deciding whether to sign up.

Tips and Tricks: Streaming on the NBC Sports app without cable

Having unlimited access to the NBC Sports app can be useful at times. But you don’t need a cable subscription anymore to sign in, and live stream NBCSN content.

Nearly all of the live TV streaming services mentioned above allow you to use your subscription to sign into the NBC Sports app and others.

These apps are especially useful if you’re on the road and brought along a Roku Streaming Stick or another streaming device. Sometimes, you’ll even find an app carrying a live stream to a network that isn’t in your pay-TV subscription.

You might find an ideal live TV streaming service that lacks the local NBC, CBS and FOX stations that you need. There’s a silver lining you need to take advantage of. There’s an excellent chance you’re living in an area where you can get these channels for free in HD (1080i or 720p) clarity.

Type your zip code into a free online tool like AntennaWeb.org to see how many local stations you can pick up in your region of the U.S.

For more on this topic, I’d suggest reading my two guides: How to Choose the Best Antenna & OTA DVR, and The Best Indoor Antennas.

What’s the best way to live stream NBCSN without cable?

I just unloaded a bunch of information on you. So let’s quickly recap a few highlights and narrow down your choices.

So now that I’ve outlined all the ways to live stream NBCSN, how are you going to watch? Tell fellow readers in the comments below.