Now that Netflix has increased its monthly rate by $1 to $2, some people have been wondering: Is it still worth it?

I’m not getting rid of my Netflix subscription anytime soon. But one of the benefits of being a cord cutter in this new era of streaming is the ability to constantly shop around, and control what you pay for.

This guide is based on my own experience as a long-time cord cutter, and some of these picks can also be found in my guide: 32 Streaming Services & Alternatives to Cable.

The Criterion Channel has a library of over 1,000 movies that include Hollywood classics from years past, and newer international, art-house and independent films. Since the untimely death of FilmStruck, The Criterion Channel tops my list of go-to streaming services this year.

Even if you’re unaware of The Criterion Collection, you should make it a point to watch at least a couple of movies that are included in this collection.

The Criterion Channel will cost $9.99 per month, but you get a discount if you pay for the service annually.

Sony Crackle is a free streaming service has been around for a while, but the movie selection has gotten a significant upgrade lately. The Wall Street Journal picked Crackle as a top free streaming app because it now has Superbad among its staple flicks. I was more enthused to see The Bourne Ultimatum. Crackle now organizes its movies by genre in a style that’s not too different from Netflix. There are “channels” for action movies, thrillers, comedies and so on. I haven’t dived in to the growing roster of Crackle Originals, but it’s big enough now that it has its own queue in the menu.

I found a number of movies on Crackle that I love to watch while burning away hours on a Saturday or Sunday afternoon.

Tubi: A Netflix alternative with a larger library

Tubi recently boasted that it has a larger library than Netflix with more than 12,000 movies and shows up for grabs. Horror, Action and Sundance Films are Tubi’s three strongest sections.

But if you look around or use an online tool such as JustWatch, then there’s an excellent chance you’ll find a movie or two to watch. And because Tubi is ad-supported, you won’t have to pay for it. The Roku Channel pulls together a large selection of free movies that aren’t always top-shelf, but you’re likely to find some classics that you’ll want to watch. Example: I’d probably never shell out a few bucks to watch Rodney Dangerfield in “Easy Money”. But I wouldn’t hesitate to watch it again if it were offered free.

Now priced at only $5.99 per month (with limited commercials), Hulu is an unbeatable deal for streaming movies and TV shows.

You’re getting day-after shows on prime time networks such as NBC and CBS. There are scores of movies and Hulu Originals series. If you need to catch up on a favorite show from A&E, Discovery Channel and HGTV, Hulu has multiple seasons to watch. 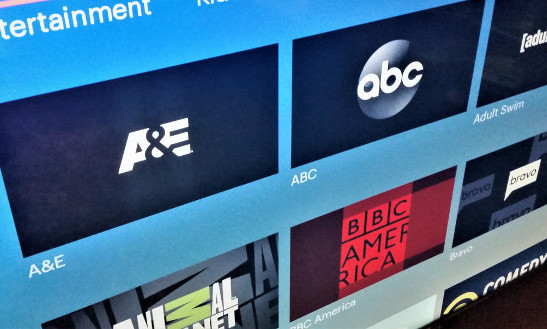 And you can get some original programming from premium channels such as Power from STARZ, and Homeland on Showtime. Hulu Originals like “The Handmaid’s Tale” and (my favorite) “Chance” are definitely worth watching.

I wrote a guide of Hulu Hacks for some more tips on getting the most out of your account. If you don’t already have a Hulu account, you can try out the service free for a week.

Pluto TV is a free ad-supported app that has a deep on-demand library of movies and TV shows. It has quickly become a must-have platform for cord cutters, and people seeking alternatives to cable TV.

The menu looks like a traditional cable TV guide with 100+ “live” channels, some of which is aggregated from the web. Live Music Replay has a lot of live music and documentaries. You’ll find genre channels for horror fans.

Just choose the on-demand section to the left of the menu, and you’ll find movies from major studios such as MGM and Lionsgate.

You can get stream a number of great films every month for free through Kanopy. The only caveat is that your local library needs to subscribe to the streaming service. Kanopy adds hundreds of films each month and maintains more than 30,000 titles. My favorite section is a portion of The Criterion Collection. (Kanopy proved to be a haven for film buffs when FilmStruck was suddenly shut down last year.) No matter if you’re a fan of horror, drama, science fiction or films from around the globe, Kanopy has a unique and compelling variety of movies to watch.

Check your local library to see if it offers the streaming service Kanopy. If it does, you only need your library card to get a free Kanopy account. Kanopy works on just about every major streaming device including Roku and Amazon Fire TV.

STARZ is making a their own lineup of original series that have been getting a lot of attention. My favorite so far has been the series “Power”, a crime drama about a New York drug kingpin struggling to go legit and leave his drug dealing business. The problem is nobody wants him out of the business, including his wife, and best friend/business partner.

Starz has also delved into the fantasy/sci-fi genre with its series, “Counterpart”, and for fans of Neil Gaiman, there’s the series “American Gods”.

The movie selection on Starz isn’t as vast as HBO or Netflix, but there are a number of original series that make it worthwhile. Starz costs $8.99 per month, and there’s no obligation to keep the service after its free 7-day trial.

Similar to Pluto TV and Tubi, Amazon released its own free app called IMDb Freedive that has a variety of movies and TV shows on-demand. Keep in mind that this service is for Amazon-related devices like a Fire Stick or Fire TV Cube. So don’t try to go looking for this in Roku channels or iTunes.

Recognizing the success of Pluto TV and Tubi, Amazon has dived into the ad-supported free app market.  You can easily add Freedive from your Amazon account, and choose what Fire TV device that you want the app to appear on. If you want to watch Freedive movies on a Roku, then access your Amazon Prime account scroll the menu for the IMDb queue.

PBS: With or Without PBS Passport

With the PBS app, you can easily catch up on some of your favorite shows. If you are catching up with Austin City Limits, or the latest NOVA episode then watching for free shouldn’t be a problem. 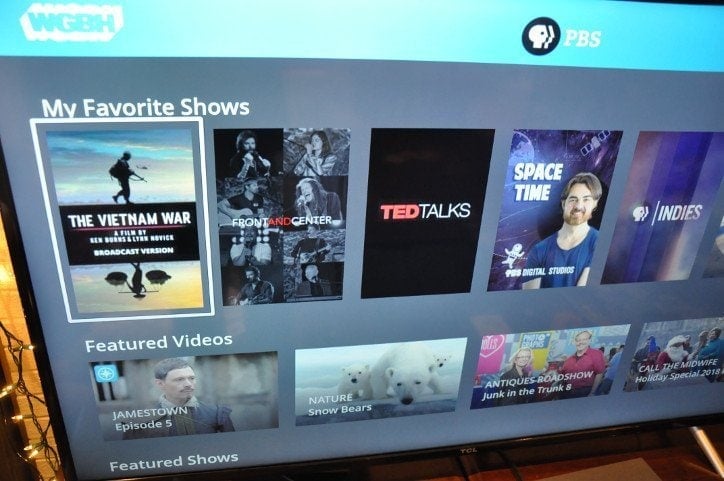 Want something from a few weeks ago? Well, then you might consider subscribing to PBS Passport. For a donation of $5 per month, you get unlimited access to the full library of the PBS app.

This subscription-based app was among the first real gems I found in my search for Netflix alternatives.

Sundance Now is a couple of bucks cheaper than Netflix. In exchange, you will get exclusive films that cover every genre that you can imagine. Comedy, crime & suspense and international films are among the genres.

Every year, you will hear about a movie or two that will get a lot of buzz at a major film festival then get picked up by a major studio. Some of those movies will wind up at your local movie theater.

Depending on what’s going on in your life at the time, you might get out to the theater. You might not.

Where did that great movie go?

You might be able to find it at Amazon Video. What Sundance Now offers is a better chance to discover all the other great movies you missed.

If you an Amazon Prime customer, you can also try out the Sundance Now channel for free via Amazon Channels.

Amazon Channels has a small army of Netflix Alternatives

If you’re already an Amazon Prime customer, you can create a customized a la carte channel lineup.

Amazon Channels are simply add-on subscriptions that you watch through Amazon Prime Video. Right now, there are more than 160 Amazon Channels available in the U.S., according to Digiday.

Plenty of Fire TV or Fire Stick owners use their Prime account to also get HBO or Showtime, but there are dozens of smaller apps that focus on niche programming. You may already know about Acorn TV, the app dedicated to British Dramas.

For smaller streaming services, Amazon Channels is an easier way to get their libraries in front of millions of consumers.

And there’s an excellent chance that they’ll be charging less than what you’re paying now for Netflix.

Note: This article was originally published on March 30, 2017 and has been updated.