The TCL 6 Series promises to be one of the most exciting 4K HDR televisions on the market this year, especially for cord cutters.

That’s because the 6 Series has high-end features like full-array local dimming, and wide color gamut for a much lower price than Sony and Samsung.

Paired with the latest Roku TV software, the TCL 6 Series is the likely to be the best all-in-one package to stream Netflix, Amazon Prime, VUDU and other apps that carry 4K and HDR shows and movies. TCL recommends at least 25 – 30Mbps connection to ensure stable 4K HDR streaming.

If you want an even lower price, you can get a slightly less expensive model at Best Buy. I’ll get back to that in a few moments. The really big deal with the 6 Series is the features that should dramatically improve HDR (High Dynamic Range).

TCL calls its version of full array local dimming “contrast control zones”, which should make a huge improvement black levels and contrast. Those are two key components of having an excellent picture. There’s a general rule of thumb with dimming zones that’s worth mentioning. Having more doesn’t always result in better picture quality, but it can make a difference.

More dimming zones can add nuance by lighting up and dimming areas of the picture more precisely. The 6 Series supports both Dolby Vision and open HDR10, so consumers don’t have to worry about compatibility between their TV and the HDR content they want to enjoy. Late last year, I reviewed the TCL S405 and called it one the best budget 4K HDR Roku TV out there. Now, the Series 6 is poised to bring a huge upgrade compared to S-Series and P-Series models.

One of the great, recent updates to TCL Roku TVs has been its channel guide for over-the-air channels called Smart Guide.

The Series 6 also has TCL’s Smart Guide, which integrates information for local broadcast TV drawn in from an antenna with streaming options that allow customers to search or browse entertainment content.

Smart Guide provides program information for local antenna broadcast TV channels from seven days in the past up to 14 days in the future. Smart Guide also integrates the “More Ways to Watch” features. So users can choose to watch a show from the beginning, see more episodes or browse similar shows.

Over time, the Smart Guide learns to identify favorite broadcast channels by placing the most viewed channels at the top of the program guide. 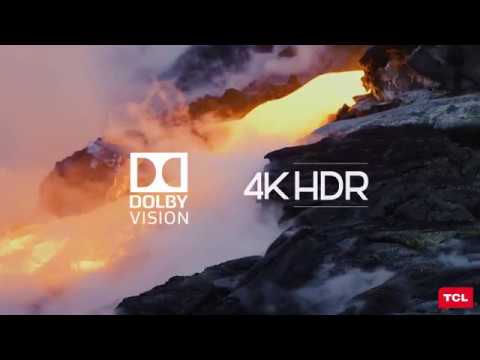 The Live TV Pause function allows antenna users to pause and play back over-the-air TV for up to 90 minues. Live TV Pause requires a 16GB or larger USB flash drive to be connected to the TV. By using the thumbnail images, you can find your way forward or back to just the right point.

The less expensive 615 model at Best Buy can save you $50. It doesn’t have a mic on the remote for voice search or voice commands. But the voice control feature can also be used with the Roku mobile app for iOS or Android. You can use conversational requests to naturally interact with your TV, such as: “Show me movies with Will Ferrell.”“Go to HBO Now.” “Tune to NBC.” (if you have an antenna connected to your TCL Roku TV)

Are you shopping for a Roku TV? Do you own one already? Tell readers about your experience using them in the comments below.
[one_half]