How to Watch Unsolved: The Murders of Tupac and the Notorious B.I.G.

If you’re looking for a reliable way to watch Unsolved: The Murders of Tupac and the Notorious B.I.G., here’s a quick primer to live stream the 10-part series without cable.

All of these live streaming platforms offer a free 7-day trial to new customers. I’ll outline the features and channel lineups of each service below. 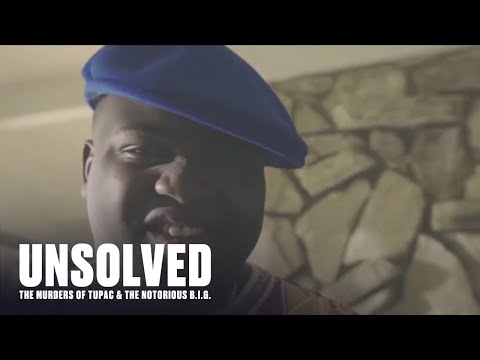 About Unsolved: The Murders of Tupac and Notorious B.I.G.

The true-crime drama follows the police investigations into two of the rap industry’s most legendary artists – Christopher Wallace (a.k.a. Biggie Smalls) and Tupac Shakur. Anthony Hemingway, who oversaw several episodes of the wildly popular The People v. O.J. Simpson, directed the pilot of the Tupac and Biggie series.

It’s based on the experiences of LAPD Detective Greg Kading (played by Josh Duhamel), who was assigned to investigate the Wallace and Shakur homicides.

A book written by Kading called Murder Rap is being used as the storyline in the series.

One theory over the years was that Orlando Anderson, a Southside Crip fatally shot Tupac as retaliation. Anderson got stomped by Tupac and members of Death Row in the lobby of the MGM Grand in Las Vegas after a Mike Tyson fight. The shooting happened moments later on the Vegas strip.

Kading believes that a now-deceased gang member Wardell “Poochie” Fouse shot Wallace. Fouse was a member of the Mob Piru gang at the time. The story also focuses on the efforts of the late LAPD Detective Russell Poole, who was initially assigned to investigate Wallace’s murder.

DirecTV Now is one of the best ways to watch Unsolved, especially if you plan to live stream each new episode as it airs. The reason? You can watch each episode of Unsolved no matter where you are with your iPhone or Android smartphone.

DirecTV Now also has apps for Roku, Apple TV or Amazon Fire TV. You can even watch online using a PC.

USA Network is available on all four channel bundles offered by DirecTV Now. If you subscribe for a whole season, the least expensive option gives you 60+ channels, including USA Network for $35 per month.

You don’t get Cloud DVR with DirecTV Now. That feature is currently in beta testing with a limited number of customers. But DirecTV Now does have on-demand access with USA. And you can use your subscription credentials to sign in to the USA Now app. Having full access to the app gives you access to all on-demand content from USA, so you’ll be able to catch up on episodes if you need to. DirecTV Now gives you access to 59 TV Everywhere apps, including sports channels like MLB Network, FOX Sports Go and Viceland.

You can try out DirecTV Now for free with a weeklong trial offered to new customers.

When you sign up for DirecTV Now, there’s no obligation or contracts. Just be sure to cancel online before the trial is up to avoid billing.

fuboTV: Watch Unsolved: The murders of Tupac and The Notorious B.I.G.

fuboTV focuses on sports channels above all else, but carries USA Network which you’ll need to watch Unsolved.

The Fubo Premier bundle has 80+ channels in its lineup including SYFY, Viceland, HGTV, National Geographic and A&E. For sports channels, you’ll get CBS Sports Network, NBA TV, FS1, FS2 and NBCSN. A subscription comes with 30 hours of Cloud DVR. So you if you want re-watch episodes and get your Josh Duhamel, you can.

Try out fuboTV free for 7-days, and even add Showtime to your free trial if you want. Just be sure to cancel online if you don’t want to keep the service.

Stream the Unsolved series on USA with Playstation Vue

PlayStation Vue has USA in its least expensive channel bundle, which costs $40 per month. ESPN, FOX News, FX, FXX, National Geographic and Science Channel are among the 50+ channels that are offered in the Access bundle.

PS Vue has Cloud DVR included in all its channel bundles with unlimited storage, so you can easily record every episode of Unsolved. That might come in handy for binge-watching purposes, or if you can’t watch each episode when it airs.

Any recordings are saved for 28 days before being automatically erased. PlayStation Vue works on just about any device like a Roku or Fire TV. You can check out their service with a 5-day free trial.

A live stream of USA Network is available on Sling TV, so you can watch every episode of Unsolved.

A Sling Blue subscription gets you 43+ channels for $25 per month. Sling Blue subscribers also get AMC, Bravo, FOX and FX. You don’t get channels like ESPN, which is offered on the less expensive Sling Orange bundle. Sling Blue allows up to three live streams going at the same time.

Sling TV offers cloud DVR service, which costs an extra $5 per month for 50 hours of space. Subscribers get access to about 18 TV Everywhere apps and websites like USA NOW, FOX NOW, FX NOW and Bravo. A Sling TV subscription can be streamed for a PC or major streaming devices like Roku, Android TV and Fire TV devices and streaming sticks.

Sling TV has a few promotions that might be a good deal for you.

You can get a free RCA indoor antenna, a Roku Express or a discounted Roku Ultra if you prepay for Sling TV. Sling TV also has a free 7-day trial if you just want to see what it’s like to use a live stream to watch the Tupac and Notorious B.I.G. series.

YouTube TV is a great option for live streaming all 10 episodes of Unsolved, especially if you own a Roku or Apple TV. It’s one of the newer live streaming platforms on the market, and it’s available in roughly half of the U.S.

YouTube TV has a Cloud DVR option so you can record episodes of Unsolved if you can’t watch the series chronicling the fate of Tupac and Biggie. Subscribers get roughly 50+ live channels for $35 per month. It’s a good time to check out YouTube TV because the monthly price is expected to increase by $5 per month in March.

I’ve recently reviewed YouTube TV, and I was impressed with its channel offerings and performance. YouTube TV has a free 7-day trial to new customers.

If you’re going to subscribe to a live streaming platform to watch all 10 epsiodes of Unsolved, DirecTV Now gives you the best value.

For $35 per month, you’ll get 60+ live channels and the ability to use your subscription credentials to sign in to about 59 TV Everywhere apps. Being able to sign on to the A&E app might be important to you if you also want to watch the recent series “Who Killed Tupac?”

You can watch DirecTV Now with a free 7-day trial first to see if it’s a good match for you.

I suggest checking out fuboTV if you also want to watch some sports channels like FS1 or NBA TV. New customers can sign up for a free 7-day trial. You can add Showtime to your free trial if you want. fuboTV also allows you to sign in to the A&E app, which gives you access to the Tupac series as well.

Sling TV may be a better deal if you were considering buying a new streaming device. You can look over the promotions for a Roku or an antenna, or just opt for the free 7-day trial.

How are you going to watch Unsolved? Tell fellow readers in the comments below.