Not since the Michael Jordan Bulls has an NBA season been dominated by a pre-season favorite as sure as the Golden State Warriors.  Their dominance, regular-season win record in 2015, NBA championship two of the last three years, inspired the craziest off-season in history. With that back-drop the season opening double header on TNT on Tuesday October 17th is truly inspired. The following is a breakdown about the first two games to NBA Tip-Off 2017, starting with the Celtics vs Cavaliers. There’s also a how-to guide to live stream each game without cable. 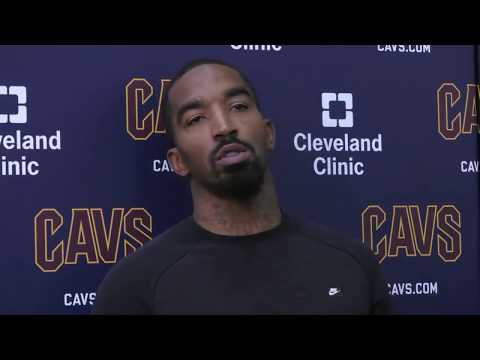 They will be facing the defending Eastern Conference Champion Cleveland Cavaliers led by best player in the world LeBron James.  To add an extra twist The Cavs traded Kyrie to the Celts for diminutive Super-man Isiah Thomas who will be out until December with a hip injury.

Game 2 features the Houston Rockets led by a guard duo for the ages.  MVP runner-up James Harden who put up video game numbers in the league’s fastest paced offense and Hall of Fame lock Chris Paul, widely considered among the 5 best point guards to ever play.  The team boasts Coach of the Year Mike D’Antoni and Game Theory GM Darryl Morey who revamped a 60+ win team with the express purpose of challenging the Warriors.

The Rockets will not need to wait long for their first test.  They will open against the juggernaut Warriors who added Kevin Durant last season and hit on all cylinders in the 2nd half of season while rolling to the NBA Championship.

Celtics vs Cleveland will air at 8 pm on TNT. You can find live streams for TNT on DirecTV Now, Sling TV, PlayStation Vue and Hulu with Live TV.

The game will be announced by Kevin Harland and Reggie Miller.  Rockets vs Warriors will air at 10:30 p.m. with announcing team Marc Albert and Chris Webber.  The studio show is hosted by Ernie Johnson and accompanied by the trio of Kenny Smith, Shaquille O’Neal, and Charles Barkley.  It will be their first national exposure since the Trump Era and it should be fascinating ancillary entertainment to see them avoid or steer into any number of controversial subjects.

All in all, the end of an amazing NBA off-season leads into the most interesting regular season of the modern era.  With two great games to open it is sure to be a fun ride!

What’s the best way to watch the Boston Celtics vs Cleveland Cavaliers?

Being able to the watch the Celtics and Cavs at home on your Roku, or while you’re out with just an iPhone gives you the most flexibility.

That’s why DirecTV Now is really the best option for live streaming the NBA Season opener. You can live stream TNT through any DirecTV Now subscription with no restrictions whatsoever.

TNT is available on all DirecTV Now plans, including the least expensive one, which gives you 60+ channels for $35 per month. You can check out a free 7-day trial and see Game 2, the Houston Rockets vs the Golden State Warriors. Spend the rest of the week taking in other games on ESPN like when the Philadelphia 76ers face off against the Washington Wizards.

Just be sure to cancel online before your free trial is up. DirecTV Now also has ESPN, FOX, FOX Sports 1, Fox Sports 2, and general entertainment channels like HGTV and History Channel.

You also might want a DirecTV Now subscription for channels like AMC, which will be premiering The Walking Dead next Sunday. With DirecTV Now, you’re under no contract so you can cancel whenever you want.

Watch the Celtics vs Cavaliers on Hulu with Live TV

Hulu with Live TV is one of the latest live TV streaming services out there to include TNT. You get roughly 50+ channels for $40 per month, including networks like ESPN and FOX. It’s not the least expensive way to watch the Celtics vs Cavaliers game. But it’s another option to consider while shopping around for a way to watch some NBA games. Hulu with Live TV has a free weeklong trial.

PlayStation Vue offers TNT on their entry-level channel package, which also costs $40 per month. It’s not the cheapest option for watching the Celtics vs Cavaliers, but it does include Cloud DVR at no extra cost.

You will also get channels like ESPN and Discovery Channel. A PS Vue subscription can also be used to sign into the TNT app, which has a live feed of east and west coast versions of the network. Try out PlayStation Vue free for 5 days. You can stream a PS Vue account on a Fire TV, Roku or Android TV device.

Want to DVR the games so you can watch them later. You can subscribe to Sling TV for only $20 per month and get TNT under the Sling Orange bundle.

Sling Orange has 29+ channels total including ESPN and ESPN2. You’ll have to pay an extra $5 per month for 50 hours of Cloud DVR storage. With a Sling TV subscription or free trial, you’ll be able to watch the Cavaliers and Celtics go at it. You can use just about any streaming device, including a Roku, iOS or Android smartphone. Sling TV also has an app for NVIDIA Shield TV.

Sling TV offers a free 7-day trial for new customers. Like DirecTV Now, there’s no commitment and you can simply cancel online. So you can watch NBA games all week for free, including Friday’s matchup between the Cleveland Cavaliers vs Milwaukee Bucks.

Sling TV is also trying to draw in new customers by offering a free Roku Streaming Stick for customers who prepay for two months. There are also deep discounts on a Roku Premiere+ or the 4K AirTV Player and Adapter Bundle for those who prepay for three months.

What else is in a Sling Orange subscription? You’ll get channels like AMC, A&E, Viceland, IFC and Epix Drive-In.

DirecTV Now is the best option because it carries TNT, and has no limitations on allowing you to watch it at home or on the go. You get the most channels (60+) live and can use your subscription to sign in to more than 50 TV Everywhere apps. With a free 7-day trial, you have no commitment when you try it out. Just cancel online before the trial ends.

If you want to subscribe to Sling TV, then you can get the Sling Orange channel bundle plus Cloud DVR for only $25 per month. Not sure about Sling TV? Then check out their free trial for a week and watch the Celtics play the Cavaliers, then check out game 2 when the Houston Rockets face the Golden State Warriors.

No matter which service you choose, you’ll be able to enjoy a free 7 day trial. That means you will also be able to catch NBA games all week long. Don’t forget that you’ll be able to watch the Cavs twice this week: first against the Celtics, then again on Friday when they face off against Bucks.

Ready to watch some NBA basketball? How are you going to watch the Celtics vs Cavaliers? It’s going to be a great season.