Riviera TV show makes its way to the U.S. on Sundance Now

Maybe you’ve heard of the new original series Riviera starring Julia Stiles, but haven’t found a decent way to stream the UK show in the United States.
Sundance Now just acquired the rights, and will begin airing the first season starting on Sept. 14. GQ magazine (UK edition) has a pretty interesting story about how the story was developed by Oscar-winning writer Neil Jordan, who wrote scripts for Interview With The Vampire and The Crying Game. 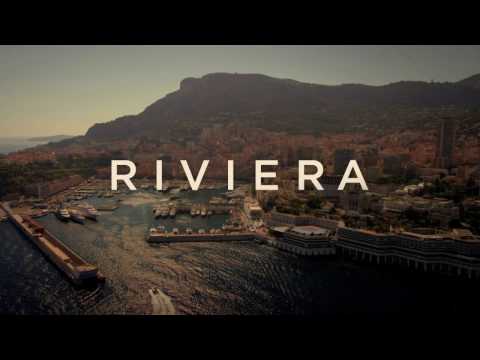 Stiles plays an art buyer who marries a billionaire. When an explosion on a yacht kills her husband, she discovers her plush lifestyle and fortune was gained through murder, violence and lies.
The drama with Riviera doesn’t stop at the roll of the credits. Jordan has recently disavowed the show in an interview with The Guardian, despite the fact that the series has been a hit watched and downloaded by millions of viewers.
Riviera is a 10-part series that debuts Sept. 14 on Sundance Now. It also stars Lena Olin (Chocolate), Adrian Lester (Hustle), Iwan Rheon (Game of Thrones), Anthony LaPaglia (Without aTrace), Dimitri Leonidas (Sinbad) and Phil Davis (Poldark).

If you want to watch Riviera in the U.S., you can catch it using a free 7-day trial of Sundance Now.
You will find dozens of other independent movies and original series. The Sundance Now app works on major streaming devices like Roku and Amazon Fire TV Just cancel before the end of the trial if you decide it’s not for you. It’s a cheaper alternative to Netflix, and costs only $6.99 per month. Below is a listing of more movies and exclusive shows coming to Sundance Now in September

9/11: On the first day of shooting, James Franco, David Shields and Caleb Powell throw out the script when a real-life argument breaks out between the three of them about what can and can’t be used in the film. Shields and Franco browbeat Powell to sacrifice everything for the sake of the film; Powell threatens to leave; Shields feels guilty about betraying Powell and Franco hopes for all this to be resolve and focus on the film. I Think You’re Totally Wrong: A Quarrel: a debate, nearly to the death, about life and art.

9/14: Julia Stiles stars in the new Sundance Now original series, Riviera. After newlywed Georgina’s billionaire husband Constantine is killed in a yacht explosion, she is shocked to discover the fortune and lifestyle he maintained was surrounded by violence, lies, secrets and murder. She soon must step out of her comfort zone to protect the family and herself. Property (1979) – ONLY ON SUNDANCE NOW
Penny Allen’s Sundance-winning first feature concerns a group of likable marginals and eccentrics in a quixotic quest to buy up their block from developers, only to then wrestle with the financial regularity that most of them naturally reject. A light-hearted, affectionate, and unsentimental film set in the afterglow of the counterculture makes an emotionally valid case for the necessity of society honoring its outsiders.
• Director: Penny Allen
• Cast: Walt Curtis, Lola Desmond, Nathaniel Haynes, Christopher Hershey
• Awards: (the first) Sundance Film Festival

Shifty (2008) – ONLY ON SUNDANCE NOW
Shifty, a young crack cocaine dealer in London, sees his life quickly spiral out of control when his best friend returns home. Stalked by a customer desperate to score at all costs, and with his family about to turn their back on him for good, Shifty must outrun and outsmart a rival drug dealer, intent on setting him up for a big fall. As his longtime friend Chris, confronts the dark past he left behind him, Shifty is forced to face up to the violent future he’s hurtling towards.
• Director: Eran Creevy
• Cast: Riz Ahmed, Daniel Mays, Jason Flemyng, Nitin Ganatra
• Awards: BAFTA (nominee), Geneva International Film Festival, Stockholm Film Festival
• Promotional Angle: Riz Ahmed’s first (feature) starring role; never available on SVOD

The Crimson Petal & The White (2011) – ONLY ON SUNDANCE NOW
Based on Michel Faber’s international bestseller. Enter a Victorian England you’ve never seen: gritty, dark, and unsettling. Follow the fortunes of Sugar, a notorious prostitute who longs for a better life. Sexually adept, ambitious, and clever, she casts a spell on William Rackham, feckless heir to a perfume business and husband to a wife slipping slowly into insanity. As their lives intertwine, events are set in motion that will change them forever.
• Director: Marc Munden
• Cast: Romola Garai, Chris O’Dowd, Amanda Hale, Shirley Henderson
• Awards: BAFTA

Fingersmith (2005)
Susan “Sue” Trinder is a fingersmith (British slang for thief) who lives in the slums of London with a baby farmer (person who looks after unwanted babies) Mrs.Sucksby. When a once rich man, who gambled all his money away, presents them with a scam that has a payout of 40,000 pounds, Sue signs on to swindle rich Maud Lilly. Maud is an orphan who lives with her uncle, but what exactly is going on in the Lilly house? Sue will pose as Maud’s maid so that Mr. Rivers (the gentleman) can get close to and eventually marry her. Their plan is to put Maud in the madhouse and take the money for themselves. All goes astray though when Sue falls in love with Maud. And the question is: Who can you trust?
• Director: Aisling Walsh
• Cast: Sally Hawkins, Imelda Staunton, Rupert Evans, Charles Dance, Stephen Wright, Elaine Cassidy, Polly Hemingway
• Awards: BAFTA (nominee)
• Promotional Angle: Sally Hawkins (The Shape Of Water releases 12/8); Rupert Evans (The Man In The High Castle Season 3 expected to release fourth quarter 2017)

Art & Craft (2014) – ONLY ON SUNDANCE NOW
When one of the most prolific art forgers in US history is finally exposed, he must confront the legacy of his 30-year con.
• Director: Sam Cullman, Jennifer Grausman
• Cast: Mark Landis, Lester Sullivan, Irwin Lakov
• Awards: Cinema Eye Honors, National Board of Review

I Think You’re Totally Wrong: A Quarrel (2014) – ONLY ON SUNDANCE NOW
On the first day of shooting, James Franco, David Shields and Caleb Powell throw out the script when a real-life argument breaks out between the three of them about what can and can’t be used in the film. Shields and Franco browbeat Powell to sacrifice everything for the sake of the film; Powell threatens to leave; Shields feels guilty about betraying Powell and Franco hopes for all this to be resolve and focus in the film. A debate, nearly to the death, about life and art.
• Director: James Franco
• Cast: James Franco, Caleb Powell, David Shields
• Promotional Angle: James Franco (The Deuce premieres 9/10 + The Disaster Artist releases 12/8)

Late For My Mother’s Funeral (2013) – ONLY ON SUNDANCE NOW
The intimate portrait of a Moroccan family in Algeria left adrift following the death of their mother Zineb, a towering force and a notorious smuggler. One after the other her offspring don her dress and portray her, resulting in a storm front of conflicted feelings. Bringing to life cross-border identities, the film finds its space between the past and the present, fiction and documentary, Paris and the Maghreb, grief and playfulness, while always inhabited by the presence of the deceased.
• Director: Penny Allen
• Cast: Abdeljalil Zouhri, Samira Zouhri, Souaad Zouhri

Riviera – Season 1 (2017) – A SUNDANCE NOW ORIGINAL
After newlywed Georgina’s billionaire husband Constantine is killed in a yacht explosion, she is shocked to discover the fortune and lifestyle he maintained was surrounded by violence, lies, secrets and murder. She soon must step out of her comfort zone to protect the family and herself.
• Creator: Neil Jordan, based on an idea by Paul McGuinness
• Director: Hans Herbots, Philipp Kadelbach, Damon Thomas, Adrian Lester, Paul Walker
• Cast: Julia Stiles, Lena Olin, Adrian Lester, Iwan Rheon
• Promotional Angle: THE BIG SUNDANCE NOW SERIES

The Double (2013)
A clerk in a government agency finds his unenviable life takes a turn for the horrific with the arrival of a new co-worker who is both his exact physical double and his opposite – confident, charismatic and seductive with women.
• Director: Richard Ayoade
• Cast: Jesse Eisenberg, Mia Wasikowska, Wallace Shawn, Noah Taylor, J. Mascis
• Promotional Angle: Jesse Eisenberg (Justice League releases 11/17); Noah Taylor (Preacher will air through 9/11)

Transfatty Lives (2015) – ONLY ON SUNDANCE NOW
At 30, Patrick O’Brien was TransFatty: NYC DJ, Internet personality, filmmaker. Then he was diagnosed with ALS. Given two to five years to live, Patrick braves the unthinkable and turns his camera onto himself. Forcefully lacking self-pity, he captures the emotion, humor, and absurdity of real life as he makes art, gets political, falls in love, and fathers a son.
• Director: Patrick O’Brien
• Cast: Patrick O’Brien, Michele Dupree, Darin Hallinan, Steve Saling
• Awards: Tribeca Film Festival

What else is on Sundance Now?
Aside from checking out the Riviera TV show, you can peruse the movie lineup that’s updated every month. There’s no commitment with the free 7-day trial offered by Sundance Now. Just be sure to cancel before your trial ends. Sundance Now works on most major streaming devices like Roku and Amazon Fire TV.

Ever try Sundance Now? What’s your favorite streaming platform? Tell fellow readers in the comments below.