HGTV on fuboTV as of July 1 with Food Network, Travel Channel

HGTV, Food Network and Travel Channel will be added the standard fuboTV channel package on July 1.

A new, multi-year carriage agreement with Scripps Networks is bringing a number of its brands to the sports-first streaming service.

The deal will also give subscribers access to each network’s live feed along with on-demand content and authentication for TV Everywhere apps.

“Partnering with Scripps Networks allows us to round out our basic bundle nicely, complementing our core sports offering with some of the most popular programming on TV,” David Gandler, fuboTV co-founder and CEO, said in a statement on Wednesday.

DIY Network and Cooking Channel will be made available to Fubo Premier subscribers as part of its add-on options at a later date.

Last week, the company announced a new agreement with CBS Corporation that will bring five other channels in July.

SHOWTIME® will be offered as an add-on service to Fubo Premier subscribers. No price has been announced for Showtime.

At launch, consumers will have access to the SHOWTIME East and West feeds and thousands of hours of programming on demand. 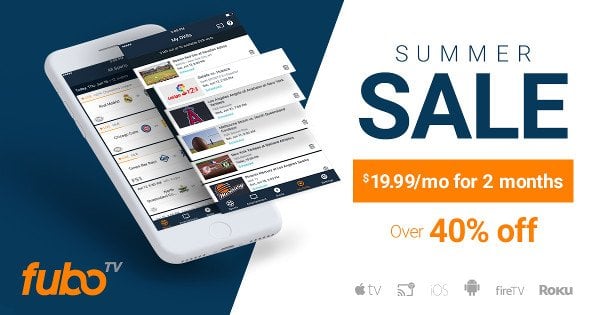 fuboTV adds CBS to these cities at rollout

*CBS Television Network stations available at launch on fuboTV to include 14 stations owned by CBS:

All channels can be found on the fuboTV channels page, or on this list broken down by sports, entertainment & lifestyle, and news & information content.