This latest Plex feature works with DVR tuners like HDHomeRun, WinTV and Digital TV for XBox One.

The live TV beta is available to all Plex Pass subscribers. The beta launched only with iOS and Android TV support, but more devices are expected to added soon.

Plex, a software hub for a variety of media, debuted OTA DVR service to subscribers in the fall. Users will now be able to live stream major broadcast channels like NBC, CBS and ABC with a TV antenna and compatible tuner.

By now offering an OTA and DVR option, Plex has the chance outpace a number of hardware manufacturers that are targeting cord cutters.

Products like the AirTV Player, and the yet-to-be released Mohu Airwave offer ways to incorporate free HD channels pulled in from a TV antenna alongside streaming services.

AirTV Player integrates Sling TV and HD channels from an antenna into a single menu, but the Android TV box current doesn’t any DVR abilities. Mohu Airwave is designed to push OTA signals over a WiFi connection, so users can stream OTA channels through an app. The Airwave was supposed to be released in the spring, but has yet to surface.

With the debut of its live TV abilities, Plex is also integrating its DVR management into streaming apps. 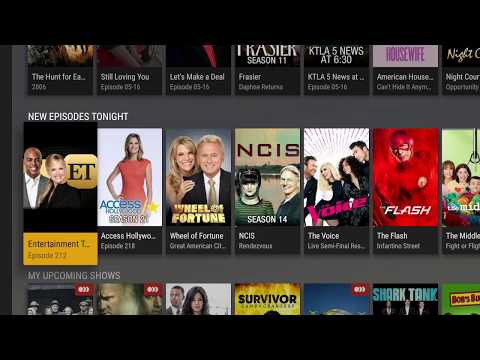 Plex also announced that its apps for streaming devices will now allow users to browse its program guide, and manage recordings.

Those abilities were generally restricted to the web-based interface on a Plex Media Server. The new DVR scheduler can now handle overlapping recordings on the same channel and the ability to watch live TV and record simultaneously.

Will Plex become a bigger competitor in the live streaming TV market?

Only time will tell, but if Plex is able to expand its live TV offerings without any hiccups, it may push major players to rethink their price points.

Plex a DVR relies on a computer hard drive, or NAS for storage of recorded television. That gives users more flexibility and may provide some costs savings. But it also requires a more hands-on setup, which could turn off some users.

Sling TV charges customers an additional $5 per month for Cloud DVR, which works with select channels. Hulu’s Live TV also charges extra for Cloud DVR. Having Plex now in the mix could scuttle plans by these providers to dominate the live streaming market through selling pricier subscriptions that combined local and premium channels.

As noted by Variety today, Plex recently bought Watchup, a news video curation startup, and plans to expand video feeds to its apps.