The package costs $39.99 per month and includes Hulu’s existing streaming library. Users will also get 50 hours of cloud storage to record live TV programs and movies.

Hulu’s live-streaming service will allow two simultaneous streams per account and up to six individual profiles.

Customers will be able to upgrade to an enhanced Cloud DVR, and unlimited in-home screens.

“Nearly a decade ago, Hulu forever redefined the way people watch TV. Today, as we add live sports, news and entertainment and introduce a more intuitive Hulu, we want to redefine the way people experience TV,” Hulu CEO Mike Hopkins said in a statement. “By bringing together thousands of live, on-demand and library shows and movies — and serving them up in a uniquely personalized way – Hulu can now be a viewer’s primary source of television. It’s a natural extension of our business, and an exciting new chapter for Hulu.”

Hulu will compete with five other services

With today’s announcement, Hulu became the sixth company to offer premium channel bundles over the Internet that were once exclusive to cable and satellite providers.

Unlike its competitors, Hulu has entered the live streaming market with an established customer base.

At today’s announcement in New York City, executives said that the company has had “significant audience growth to 47 million total unique viewers.”

Here’s a complete listing of all channels offered by Hulu Live TV at launch today.

Live and On Demand Channels, Originals and Library TV

Hulu is currently the only pay-TV service to offer live and on-demand channels, original series and films, and a library of premium streaming TV shows and movies.

The $39.99 per month base package includes Hulu’s existing $7.99 premium streaming offering with limited commercials. The combined service offers more than 3500 TV and film titles. It now includes full seasons of Scripps Networks series as well as Hulu Originals such as The Path, The Mindy Project, Golden Globe-nominated comedy Casual, and The Handmaid’s Tale.

Viewers who wish to watch their Hulu Originals, movies, and library content without advertising can subscribe to the company’s on-demand No Commercials plan for an additional $4.00 per month. 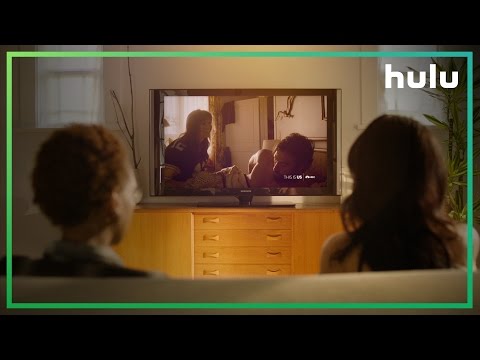 Hulu viewers who choose the Hulu with Live TV (Beta) Plan can further enhance their Hulu experience by choosing premium content or feature add-ons that best fit their lifestyle:

Enhanced Cloud DVR ($14.99/month): Subscribers can upgrade to 200 hours of recording storage and more powerful cloud DVR capabilities, allowing them to record as many shows as they want to at the same time and watch from anywhere — no clunky boxes needed. With the Enhanced Cloud DVR, Hulu will record new episodes of any show or games of any team that viewers have designated as a favorite, and they will be able to fast forward through recorded ads.

Enhanced Cloud DVR + Unlimited Screens ($19.99/month): Viewers can bundle both product add-ons together and save $10.00.

For more information, a list of available live channels, or to sign up for the Hulu With Live TV (Beta) plan, you can visit Hulu via a web browser:  www.hulu.com/live-tv.