The probe found subscribers’ wired internet speeds for the premium plan (100, 200, and 300 Mbps) were up to 70 percent slower than promised.

The suit alleges that WiFi speeds were even slower. Some subscribers were allegedly getting speeds more than 80 percent slower than what they had paid for.

Spectrum-TWC charged New Yorkers as much as $109.99 per month for premium plans could not achieve speeds promised in their slower plans, the lawsuit said.

The complaint alleges that since January 2012 Spectrum-TWC’s marketing promised subscribers who signed up for its Internet service that they would get a “fast, reliable connection” to the Internet from anywhere in their home.

In a statement to Reuters, Charter said it was “disappointed” that the attorney general filed the lawsuit challenging their broadband speed advertisements. The advertisements pre-dated the merger.

The AG’s investigation also found that Spectrum-TWC executives knew that the company’s hardware and network were incapable of achieving the speeds promised to subscribers. But the company continued to make false representations about speed and reliability.

The investigation further revealed that while Spectrum-TWC earned billions of dollars in profits from selling its high-margin Internet service to millions of New York subscribers, it repeatedly declined to make capital investments necessary to improve its network or provide subscribers with the necessary hardware.

Spectrum-TWC continues to underserve their subscribers by failing to make the capital investments necessary to live up to their promised speeds, the lawsuit says.

These investments would include substantially upgrading Spectrum-TWC’s network capability and replacing large numbers of deficient modems and wireless routers that subscribers currently pay Spectrum-TWC up to $10 per month to rent. 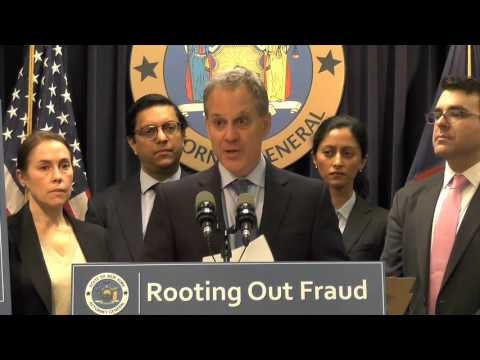 The complaint specifically alleges a series of false and misleading practices by the company over the course of several years.

The complaint alleges that since at least 2012, Spectrum-TWC represented to its New York subscribers that they could get fast and reliable Internet access.  However, the company knew that these promises were impossible to keep for several reasons.

The complaint alleges that Spectrum-TWC decided to cut costs by not fixing the equipment and network failures.  To mask its misconduct, Spectrum-TWC allegedly rigged test results.

During the relevant period, Spectrum-TWC leased deficient cable modems to over 900,000 subscribers in New York that could not deliver the advertised speeds. As of February 2016, Spectrum-TWC still charged over 185,000 New Yorkers, or roughly 7% of its 2.5 million active subscriber base at the time, $10 a month for deficient modems that, in its own words, were “not capable of supporting the service levels paid for.”

The results of numerous tests from multiple Internet speed measurements confirm that Spectrum-TWC delivered to subscribers on Spectrum-TWC’s fastest speed plans only a third to a half of the download speeds—sometimes even less—than they had paid for.

The complaint alleges that since at least 2012, Spectrum-TWC promised its subscribers go-anywhere wireless connectivity in their homes. However, the company knew that the wireless routers provided to subscribers could not deliver the promised speeds or service.

As of February 2016, Spectrum-TWC supplied over 250,000 subscribers on 200 Mbps and 300 Mbps plans deficient WiFi routers that Spectrum-TWC knew could not deliver speeds above 100 Mbps.

Separately, Spectrum-TWC ignored its own engineers and promised subscribers a home WiFi experience that was beyond the technical limits of its equipment and WiFi technology.

The complaint alleges that since at least 2012, Spectrum-TWC represented to their subscribers that they would get fast, reliable access to content online like Netflix and gaming. However, Spectrum-TWC knew that it could not deliver on this promise because of the state of interconnection points in the transmission of online content. Specifically, the company was aware of, and sometimes deliberately created, bottlenecks at interconnection points, which resulted in slowdowns and disruptions to subscribers’ service.

Spectrum-TWC knew that bottlenecks in its network would result in many subscribers routinely experiencing the very hallmarks of a poor Internet connection.

Slowdowns, lag time, buffering and interruptions. Yet its marketing specifically promised that they would avoid when streaming videos, playing online games and accessing other online content.

But these executives traded on the fact that most subscribers had a limited choice of Internet service providers and that the technical complexity of deducing the problems would make it difficult for subscribers to pin the blame on the company.

The New York-based cable operator, originally known as Time Warner Cable, is currently rebranding itself as “Spectrum” throughout the state.

In its filing, the New York Attorney General’s Office is seeking restitution for New York consumers as well as appropriate injunctive and equitable relief to end Spectrum-TWC’s longstanding deceptive practices.